Home Auto Electric Vehicles India Has Nearly 14 Lakh Evs On Road, Over Half Of Them Are Three Wheelers

India has nearly 14 lakh EVs on road, over half of them are three-wheelers

After a slow start, electric vehicle sales in India has been climbing in leaps and bounds. EV sales has gone up by three times in the last one year itself.
By : HT Auto Desk
| Updated on: 06 Aug 2022, 11:09 AM 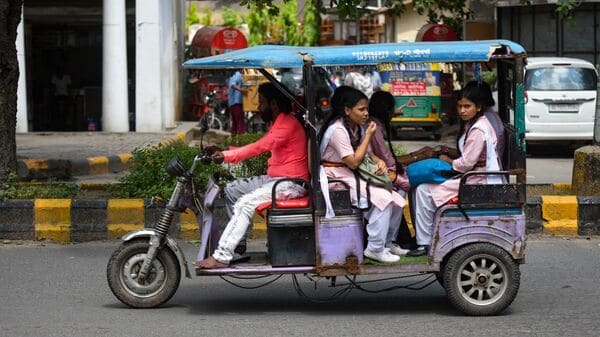 Amid the Centre and state governments' push to adopt electric vehicles, India had a relatively slow start compared to other countries. Yet, electric vehicle sales in India has been climbing in leaps and bounds in recent times. The EV sales in the country has gone up by three times in the last one year itself.

Krishan Pal Gurjar, Minister of State for Heavy Industries, informed the Rajya Sabha that the number of electric three-wheelers in India currently stands at 7.93 lakh units. This is almost 57 per cent of all electric vehicles sold in India till now.

In the personal mobility segment, the electric two-wheelers have seen bigger growth than other models. The Minister said that nearly 5.45 lakh electric scooters or bikes have found a home in India so far. It is about 39 per cent of all EVs sold in India.

The number of electric four-wheelers, or electric buses and other vehicles have not found too many takers. Only 54,252 units of electric vehicles with four or more wheels have been sold so far in the country till August 3.

Earlier this year, the Centre had approved the Production Linked Incentive (PLI) scheme for auto manufacturing companies in India. The scheme is for those who will be able to manufacture electric vehicle batteries. Locally manufactured EV batteries will cost less than ones imported, which will also result in electric vehicles becoming more affordable across segments.