Watch: At 508 kmph, this is now the world's fastest production car 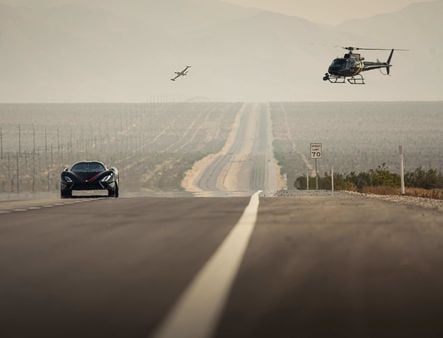 SSC Tuatara setting the record for being the fastest car in production.

Racing against the wind is quite literally what SSC Tuatara super car recently did, only to come out ahead, to become the world's fastest vehicle in production. At a lightening speed of 316 mph (approximately 508 kmph), it shattered the previous record of 277.87 mph (447.19 kmph) held by Koenigsegg Agera RS and far outpaced all other previous records over the past decade or so.

Earlier this month, on October 10, SSC North America attempted to set a new speed record by deploying the Tuatara with street tires and running non-race fuel on a straight and open stretch of road just outside Las Vegas. This is also where some of the previous records were made and broken. Behind the wheel was professional racer Oliver Webb who did two opposite runs - clocking top speeds of 301.07 mph and 331.15 mph for an average top speed of 316 mph. That the car hit 331.15 mph also made it the highest speed ever hit by a vehicle on a public road. 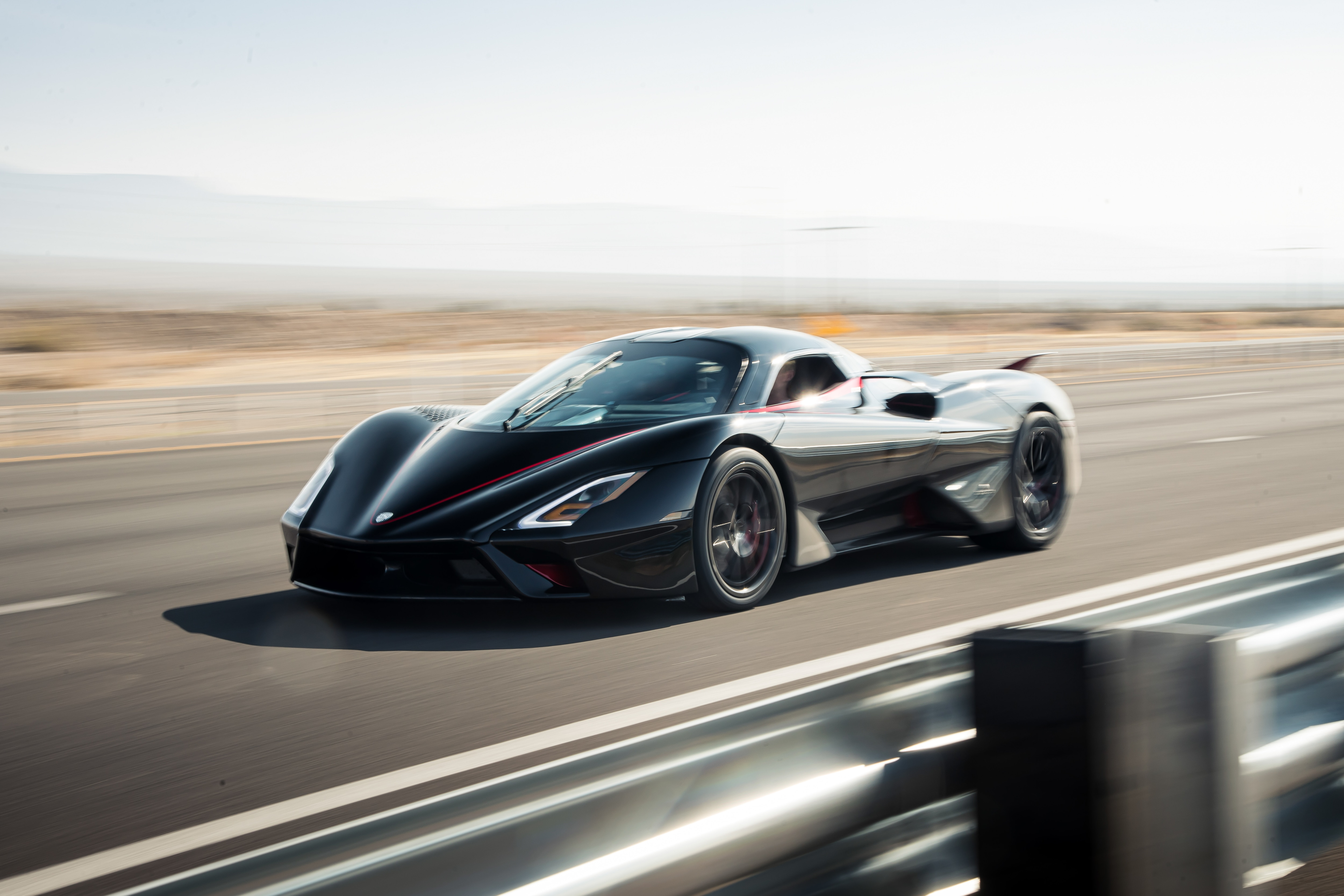 SSC Tuatara race against the clock on a public road just outside of Las Vegas.

The entire test was monitored and recorded by a special GPS measurement device and 15 satellites while there were two certified witnesses to the entire program.

The other records broken by the car are:

Interestingly, Webb is believed to have said that the Tuatara could have gone even quicker had there been no or very little crosswinds.

For the record, the SSC Tuatara is powered by a twin-turbo 5.9-liter V8 engine with 1726 bhp of max power and has a dry weight of 1,247 kilos. Just 100 units of the vehicle are being manufactured, each costing upwards of $1.6 million.