The Toyota Land Cruiser Prado 70th Anniversary Edition comes kitted with a range of comfort and luxury-oriented features found on the L Package variant.The new model commemorates the 70 strong years of the Land Cruiser SUV.
By : HT Auto Desk
| Updated on: 04 Jun 2021, 11:12 AM 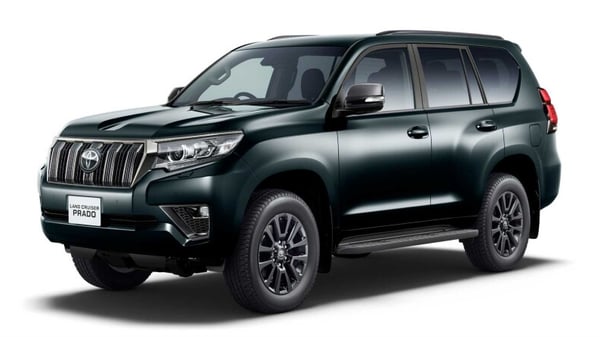 The new model commemorates the 70 strong years of the Land Cruiser SUV.

The current generation of the Land Cruiser is reaching the end of its life cycle and will soon be replaced by the new generation model. As the company prepares to introduce the generation change, the special anniversary edition of the last batch of the outgoing Land Cruiser Prado will also help Toyota to clear off the remaining units of the existing model.

(Also Read: Toyota Corolla has a crossover version. And it looks quite rad)

The new limited-edition SUV has been christened the Toyota Land Cruiser Prado 70th Anniversary Edition and comes kitted with a range of comfort and luxury-oriented features found on the L Package variant accompanied by some cosmetic upgrades to distinguish it from the regular model.

Inside, there are rather subtle tweaks in the form of Saddle Tongue light brown leather upholstery over the seats, knee pads, centre console, and door panels. In addition, it also gets a 70th Anniversary badge as well as floor mats with the special edition's logo.

The car has been offered in a range of colour options including Avante-Garde Bronze, Red Mica, Attitude Black Mica, and White Pearl Crystal. Customers are also free to choose from five or seven-seat configurations of the SUV.

Under the hood, the car comes loaded with a 2.8-litre diesel as well as a 2.7-litre petrol engine. For the record, these engines are already found on the Toyota Fortuner.