This latest hybrid electric tactical vehicle may race across battlefields

The hybrid electric vehicle from US-based Oshkosh Defense claims to improve fuel efficiency by 20 per cent. The diesel engine charges the lithium-ion battery inside the vehicle which means there's no need to hunt for charging point or to tow a generator.
By : HT Auto Desk
| Updated on: 27 Jan 2022, 10:23 AM 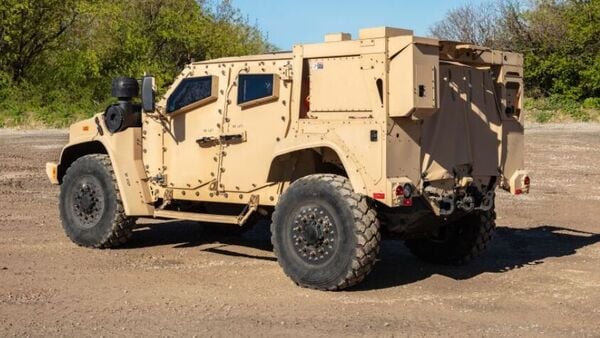 Hybrid and electric vehicles are seeing more and more takers in the mass market across the world. With a long list of automotive companies looking at rapidly expanding the options available on offer, the scope and scale of battery power is often seen as near limitless. But while public roads are increasingly seeing such vehicles, battlefields of tomorrow too could be peppered with battery-powered tactical vehicles in the times to come. Joining the list of companies developing hybrid electric vehicles for military use is US-based Oshkosh Defense that has revealed its first first-ever ‘silent drive hybrid-electric Joint Light Tactical Vehicle', called eJLTV.

Oshkosh Defense already provides US armed forces with light tactical vehicles but claims that while its hybrid electric vehicles would be identical in terms of performance and protection, these newer options would offer numerous other benefits that include enhanced fuel efficiency. “For many years, we’ve been developing, testing and evolving hybrid-electric variants of our heavy and medium-duty tactical wheeled vehicles," said John Bryant, Executive Vice President for Oshkosh Corporation and President of Oshkosh Defense. “Now, with the eJLTV, we’re offering our military customers an affordable way to electrify their light tactical wheeled vehicle fleet without compromising the off-road performance or superior protection necessary in combat operations." 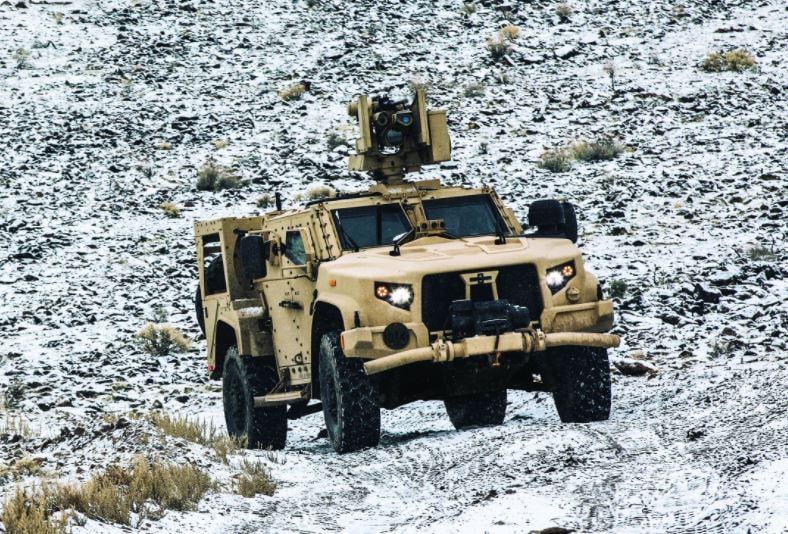 Oshkosh Defense claims that the eJLTV is capable of navigating its way across various terrains.

Due to the sensitive nature of such projects, not much detail has been divulged about the Oshkosh Defense hybrid electric product barring that the diesel engine under the hood charges the lithium-ion battery inside the unit in around 30 minutes. This means that there is no need to go hunting for charging points during covert or overt operations by the armed forces, a key challenge for missions in far-flung parts of the world if being carried out by fully-electric vehicles.

Oshkosh Defense notes that while there has been no specific request or demand for such a vehicle from the US forces yet, the hybrid electric vehicle showcased is proof that if the need arises in the future, it is ready.

Previously, General Motors Defense had said it is working on electrifying its military vehicles for the forces. Believed to be quicker and far more silent than conventional vehicles, such options could also be crucial in reconnaissance and rescue missions.