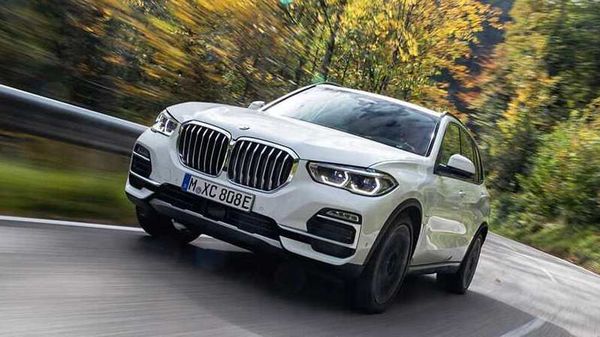 BMW X5 45e Plug-In Hybrid breaks covers in the US.

For the uninitiated, the X5 45e is a successor to the X5 40e. The latter was known to feature a battery pack along with a 2.0-litre, four-cylinder petrol engine. Its 'pure electric' range was rated at 24 km.

The newly updated X5 45e xDrive PHEV model has been given a 3.0-litre, six-cylinder petrol engine which also comes coupled to an electric motor. The combined power output of the system stands at 395 PS and 600 Nm. The powertrain comes mated to an eight-speed Steptronic AT. The transmission sends power across all four wheels.

Its electric motor draws power from a 24-kWh battery pack and is durable for an 'electric only' range of 48 km. Its battery completely charges in 5.3 hours with a Level 2 charger, or in 17.7 hours using a 120-volt, household-style charger.

The SUV is known to do 0-100 kmph run in just 5.3 seconds, for the record it is a full 1.3 seconds quicker than the X5 40e. It has also gained three drive modes- Hybrid, Electric, and Sport. The driver now also has the functionality of toggling between full performance or full eco modes.

(Also Read: BMW confirms production of iX3 electric SUV on track, to go on sale by 2020)

It goes on sale internationally in July.