Sonet and Urban Cruiser are the latest sub-compact SUVs to mount a challenge to Hyundai Venue. Which of the three makes a better bet?
By : HT Auto Desk
| Updated on: 19 Oct 2020, 09:50 AM 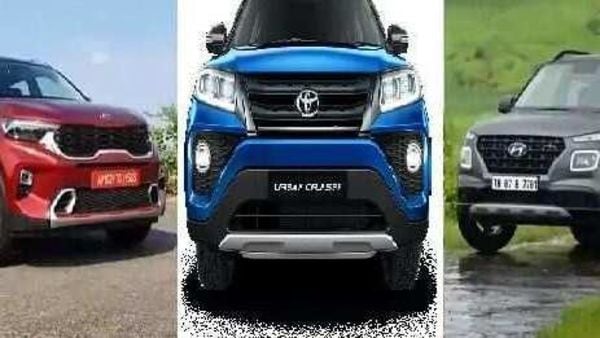 The Indian automobile market has seen a steady demand for sub-compact SUVs in recent times with car makers going the extra distance to ensure that the spurt in demand in met by a spurt in supply, not just in terms of numbers but in terms of choices as well. And while entrenched players with a proven track record continue to dictate terms, the entry of new challengers has set an already riveting contest on fire, especially with Kia Sonet and Toyota Urban Cruiser coming in.

Sonet and Urban Cruiser expand the playing field in the sub-compact SUV segment courtesy their respective strengths and highlights. The car models may carry different ambitions for their respective OEMs but are common in terms of wanting to make a solid mark in the market. So while Sonet is looking to replicate Seltos' success and propel Kia to the top of the field of play, Urban Cruiser is hoping to project Toyota as a formidable name in the smaller SUV categories just as it is in the segment in which Fortuner plays and excels in.

Mounting a challenge to the likes of Hyundai Venue, however, won't be a drive in the park. Venue itself is hardly medieval. Launched in early 2019, it has scaled the giddy heights of its segment with determined fortitude and is today considered by many as the option to pit newer rivals against.

How do the newer cars fare against capable and contemporary Venue?

The dimensions of a sub-compact SUV may not be the most important thing on the mind of prospective buyers but it is crucial to focus on this, especially on crowded Indian roads and parking spaces. And while dominating may work for some, compact would be practical and therefore preferred by others.

There is, however, not much difference when it comes to the dimensions of the Sonet, Urban Cruiser and Venue. All three cars are 3,995 mm long, have a wheelbase of 2,500 mm and have 16-inch wheels. Sonet and Urban Cruiser are just 20 mm wider than Venue - at 1,790 mm but Urban Cruiser loses out when it comes to boot space. It has 328 litres' space at the back with Sonet leading the way with 392 litres and Venue with 350 litres. 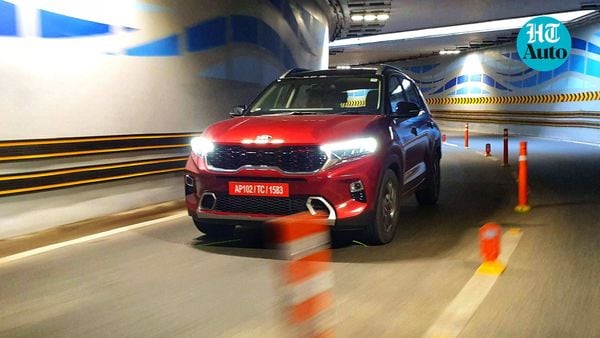 Hyundai also does a great job of offering a plethora of transmission options - four to be precise. It has all the gearbox options of the Sonet, barring the six-speed torque converter in the diesel. The company, in fact, was the first in India to launch the clucthless transmission option. It comes in petrol, diesel and turbo petrol engine options as well. 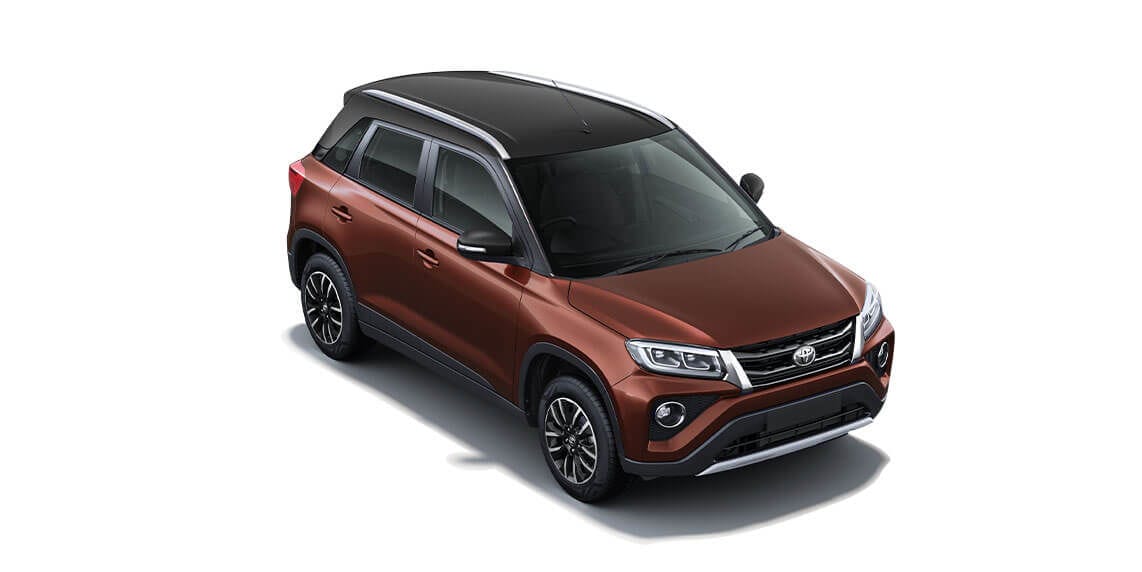 Urban Cruiser only comes with a petrol engine, considering it is based on Maruti Suzuki Vitara Brezza that is now all petrol. It however does benefit from a mild hybrid technology. Buyers can choose form a five-speed manual gearbox or a four-speed torque converter.

In terms of mileage, Sonet petrol with the manual transmission has the edge over all others while Urban Cruiser has the one up when compared to the other two - with auto transmission. 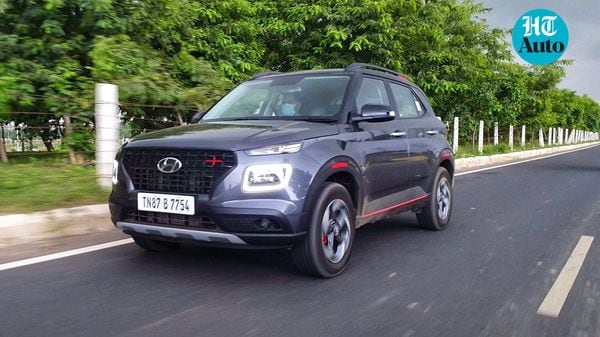 Now how a car appears to each individual is different and styling can be very subjective. That said, the Sonet has the novelty factor because it is one of the newest products in the market. It has a slight resemblance to the Seltos but still seeks to create its own identity.

Urban Cruiser is also a brand new product but because it is a Brezza spin off, it closely resembles it. Its front grille is slightly different - bolder, and gets LED projector headlamp and LED fog lamps. It appears every bit as solid as the vehicle it is based on but will still be a familiar sight on the roads.

Venue is regarded as a mini Creta by many and that is largely due to how the car looks. Hyundai's design team perhaps works the hardest and it also shows in terms of how the Venue appears. The car does have a sporty appeal but again, it has now become a common fare on Indian roads.

Now here is where things begin to get really, really interesting. The primary target audience int the sub-compact SUV segment is the young buyer who tends to prioritize features and wants a mile long list available at his or her command.

It is a factor that both Kia and Hyundai have repeatedly paid very close attention to. Venue is a loaded car but because it hit the market more than a year before Sonet, does lose out on some counts.

Sonet has had the benefit of studying the market as well as its rivals and almost hand-picking the features it offers. So while things like wireless charging, ventilated seats and air purifiers are rather common and both Sonet and Venue have these, the former pushed the bar with highlights like cooling functionality to prevent the phone from heating when on charge, mood music lighting and the biggest infotainment screen - 10.25 inches. 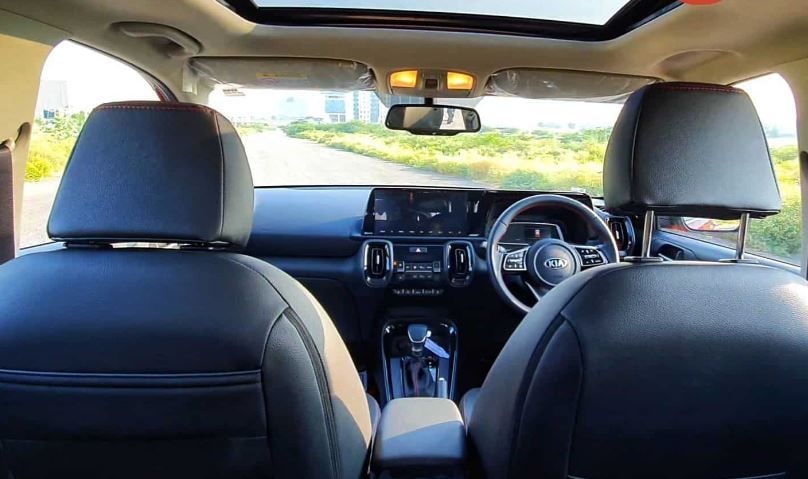 The cabin of the Urban Cruiser is hardly mundane but it also doesn't boast of features which may be unique to it. Done in dual-tone dark brown colour, it has all the common features which are extensively used by drivers and passengers and also makes use of automatic LED headlamps with DRLs, rain-sensing wipers, automatic climate control system, electrochromic rear-view mirror, among others.

Although obvious but it is still important to point out here that the features list expands once one goes up the variant list and there can be a vast difference between the price of a top variant of one car vis-a-vis the top variant of another.

The Urban Cruiser is the most affordable offering among the three rivals. Its petrol manual starts at ₹8.30 lakh and maxes out at ₹9.80 lakh. The automatic ranges between ₹9.80 lakh and tops out at ₹11.65 lakh. (All prices are ex showroom).

The real battle, however, is between Korean cousins Sonet and Venue. Sonet starts at ₹6.71 lakh and has the lowest starting price, especially now after Hyundai reportedly hiking prices of Venue. Sonet petrol manual tops out at ₹11.99 lakh which is slightly more expensive than Venue.

Sonet is also more expensive than Venue with it comes to petrol automatic and starts at ₹10.49 lakh, topping out at ₹12.89 lakh. It is also the only model to offer diesel automatic which starts at ₹10.39 lakh and goes up to ₹12.89 lakh. Its diesel manual starts below that of Venue - at ₹8.05 lakh, but the top variant here is almost at par with that of Venue - at ₹11.99 lakh.

Urban Cruiser: For someone on a budget and still not quite fine with making compromises, this car here makes a perfect choice. It is not packed with features and is essentially a re-badged Brezza but that Toyota brand value and price structure makes it an attractive proposition. The cabin is neat and does benefit from several features and convenience options.

Sonet: It is the newest kid on the block and plays the part as well. It is not the most affordable in its segment but a mile-long list of variants, features and engine and transmission options are its biggest strengths. Kia may be a new player int he market but it has already established itself as a trusted brand and Seltos is testament to the company's capabilities.

Venue: When it comes to compact SUVs, Hyundai has always entrenched itself as the formidable foe everyone chooses to target. And it is not without reason. At a little over a year and a half old, Venue is hardly old but it is elder than the Sonet and Urban Cruiser. That hardly does much to mute its appeal. A practical option with almost all the features of the Sonet, backed by Hyundai's post-sales network, make it a compelling option to consider.