SkyDrive, a Japanese engineering company, recently gave a test demonstration of its manned flying car.Company says the product could be put in the market for sale by 2023 and is likely to cost around $300,000.
By : HT Auto Desk
| Updated on: 02 Sep 2020, 05:08 PM The SkyDrive Inc. SD-03 flying car is test-flown during a demonstration to the media at the Toyota Test Field in Toyota City.

From Jetsons to Harry Potter and Ron Weasely zipping through the skies, flying cars have caught the imagination of people across the world for years and years. And these special aerial vehicles may soon emerge out of the fictional world and into the very real skies of cities with a Japanese company claiming it is close to the production version.

In a video recently released by engineering company SkyDrive, a manned compact vehicle can be seen lifting off from a test track and making use of its eight propellers to hover in flight for a few minutes. The company claims that the aerial test vehicle was airborne for four minutes before being brought down to ground level.

While the test in itself hardly shows a future where aerial vehicles confidently notch up aerial miles over cityscapes, it does point towards such a possibility. "We want to realise a society where flying cars are an accessible and convenient means of transportation in the skies," SkyDrive CEO Tomohiro Fukuzawa said in a statement. 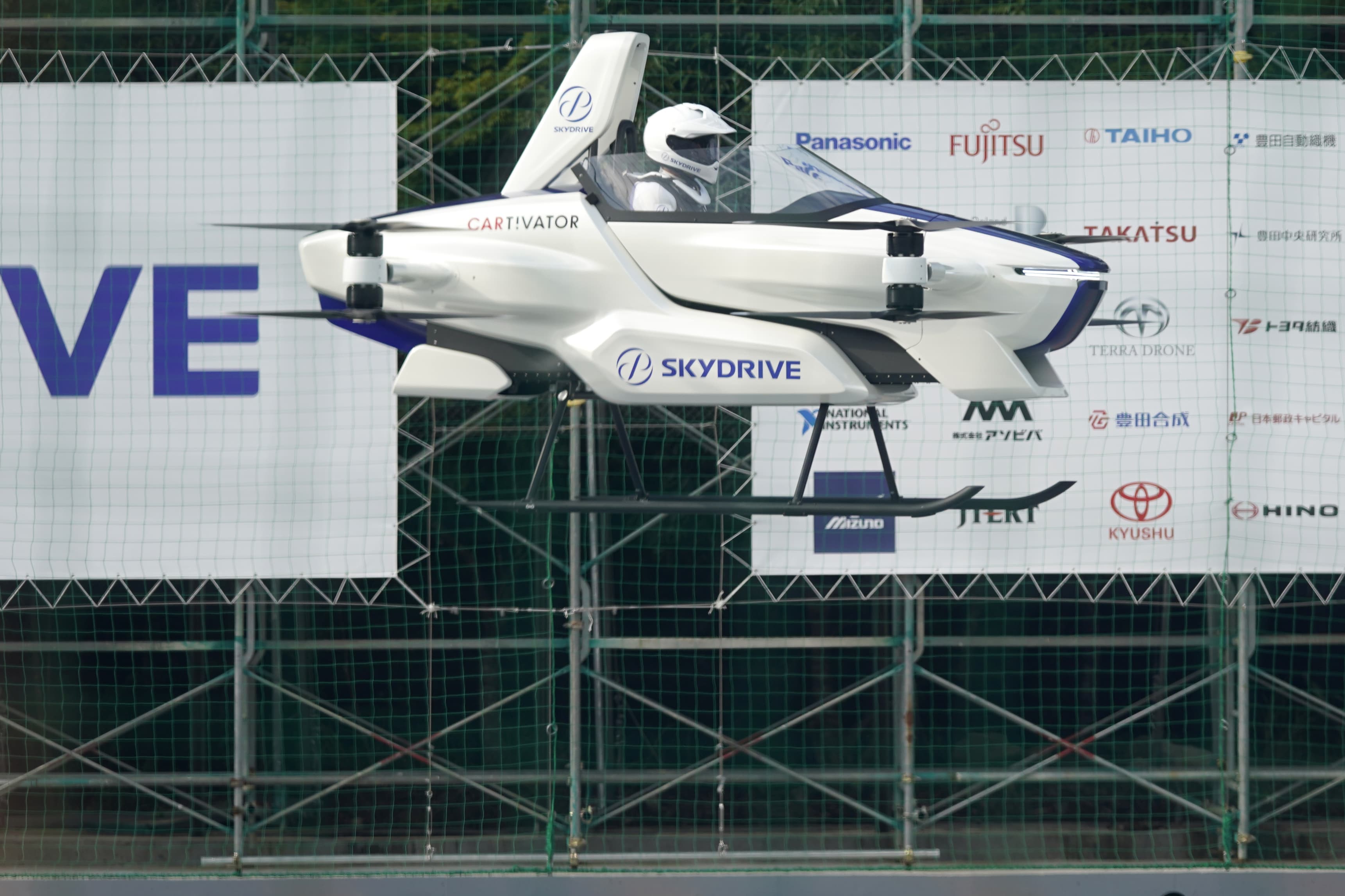 Japan's government wants the country to become a leader in the flying-car technology, (Bloomberg)

Most interestingly, SkyDrive says it is continuing to thrust forward in making the test vehicle improve its capabilities and that a production version could hit the market for sale as early as in 2023. And while the expected price tag of $300,000 may seem a whole lot of money, mass production could see the asking price come down.

This vehicle, however, is hardly the only one looking at re-writing the future of personal mobility. Start-ups, tech giants as well as established car makers are working towards having a viable, production-ready flying car in the times to come. These include Hyundai, Toyota, Boeing, Airbus, among others.