Royal Enfield Scram 411 and Himalayan shares pretty much the same equipment, engine and platform; but there are some key difference that make both the bikes different.
By : HT Auto Desk
| Updated on: 17 Mar 2022, 11:26 AM 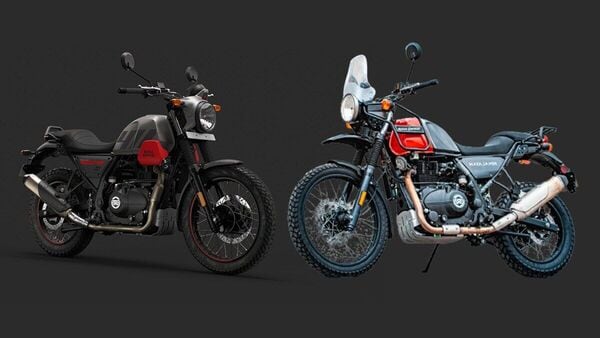 Scram 411 comes based on the Himalayan ADV and shares the same underpinnings too.

Royal Enfield Scram 411 was recently launched in the Indian market at ₹2.03 lakh (ex-showroom, Delhi). The motorcycle comes based on the Himalayan ADV and shares the same underpinnings too. While it shares the majority of its components from the Himalayan, here are some key differences that give it a distinctive appeal.