Royal Enfield Scram 411 gets the same engine, transmission and chassis as the Himalayan ADV but manages to come out with a different character altogether.
By : Prashant Singh
| Updated on: 15 Mar 2022, 06:01 PM 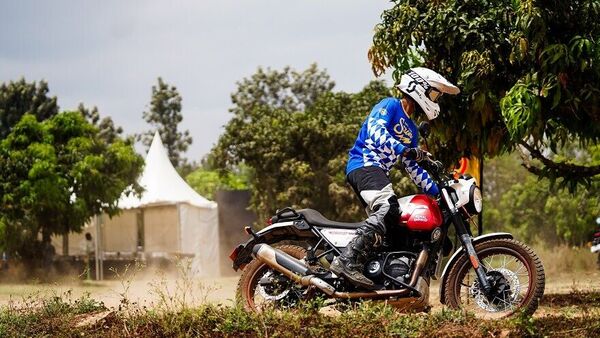 Scram 411 is a toned-down version of the much popular Himalayan ADV.

Royal Enfield has a range of new products under development, enter 2022, and the company has already launched a firecracker in the form of Scram 411. The bike has managed to remain in the top headlines in the last few months. And I was recently invited to take a spin on the bike to find out what made the company roll out a toned-down version of its already popular Himalayan ADV. So, Scram in basic sense is a sibling of the Himalayan, and gets slightly less expensive set of equipment including a standard meter console and a smaller front wheel. So what is the purpose of the Scram 411? Read on to know.

The Scram 411 comes forward with some notable differences inside out. Apart from a smaller front wheel which now stands at 19-inch, there is also a new circular front headlamp, slightly steeper front rake, and less ground clearance, among the key changes. These differences contribute to give the Scram 411 a different look and character. Though it might not look as intimidating as the donor model. But in its own ways, the Scram manages to look apart. Also, the company has used some bright colours to give the Scram a new identity which gels well with its fun and unapologetic appeal.

Unlike the Himalayan, the Scram gets quite a basic meter console. There is an analogue speedometer which houses a small digital display inside. Also, the customers are free to opt for tripper navigation which comes at an additional cost. 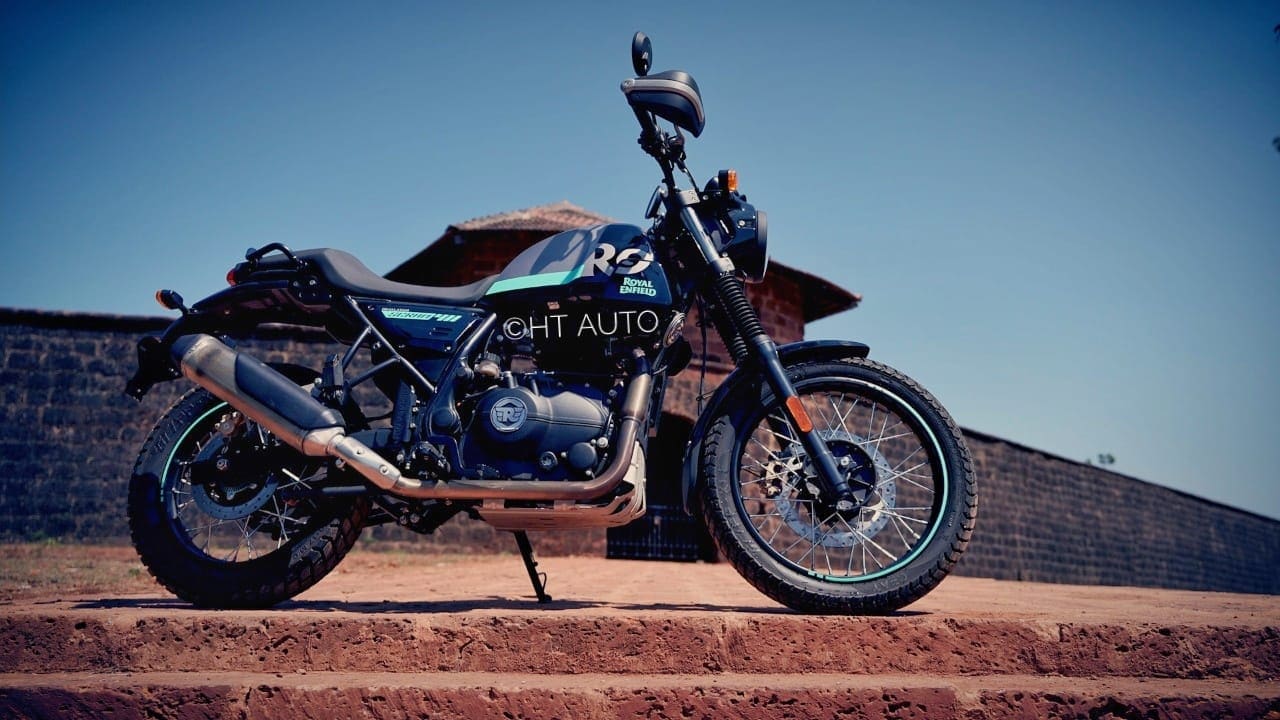 Apart from a smaller front wheel which now stands at 19-inch, there is also a new circular front headlamp, slightly steeper front rake, less ground clearance among the key changes.

Based on the Himalayan, Scram also gets the same 411 cc single-cylinder unit which is rated to deliver 24.3 bhp and 32 Nm. The engine also comes with the same 5-speed gearbox. However, the differences are introduced inside this powerplant which has been tuned to give the Scram a different ride experience.

While the engine has been tuned differently, the gearing is carried forward as is. Also, the half duplex split cradle frame from the Himalayan is used without any notable modifications. This has been implemented to give the Scram its sibling's proven adventure capabilities. 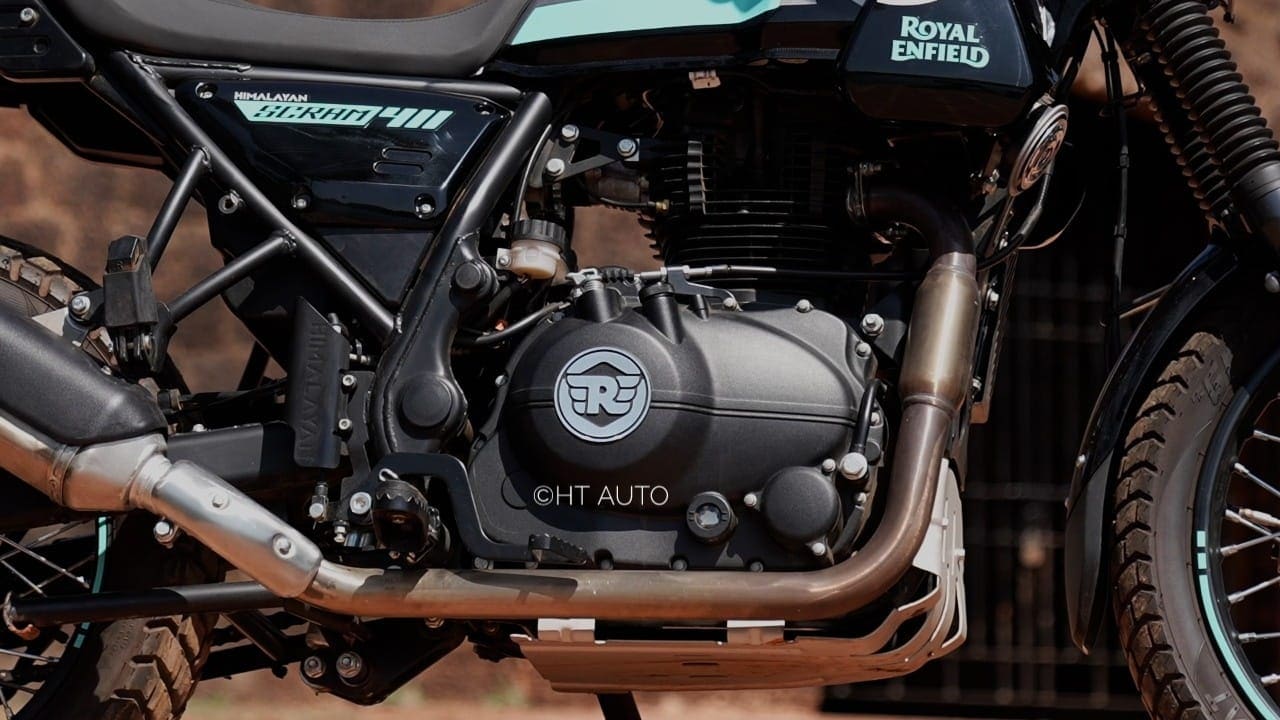 Based on the Himalayan, Scram also gets the same 411 cc single-cylinder unit which is rated to deliver 24.3 bhp and 32 Nm.

Tap the starter on and the Scram breathes to life with a familiar sound track. However, the experience once you twist the throttle is a bit different. Lighter weight of the bike is evident from the word go, however, the engine pulls differently. While the Himalayan has a punchy low-end, the Scram feels rather linear. You have to give the throttle a good twist for torque to kick in but keep it pinned and the bike jumps to high speeds in no time. The best I could manage on the open highways was 120 kmph, and that's slightly lesser than its donor model. The engine refinement is spot on and there are no notable vibrations even higher in the rev range, and somehow the engine manages to feel more relaxed when cruising on high speeds.

Scram feels at home in dirt thanks to its incredible suspension setup. While the front gets a 41 mm front fork with 190 mm travel, the rear rides on a monoshock unit. The bike simply glides on all the undulations and all you have to do is to stand up on the bike and then gas up. It doesn't feel bouncy as other dual purpose bikes and manages to keep a good grip while trundling around on the roads less travelled. The use of the smaller front wheel has reduced the ground clearance a bit which now stands at 200 mm, but even this is not less by any standards. 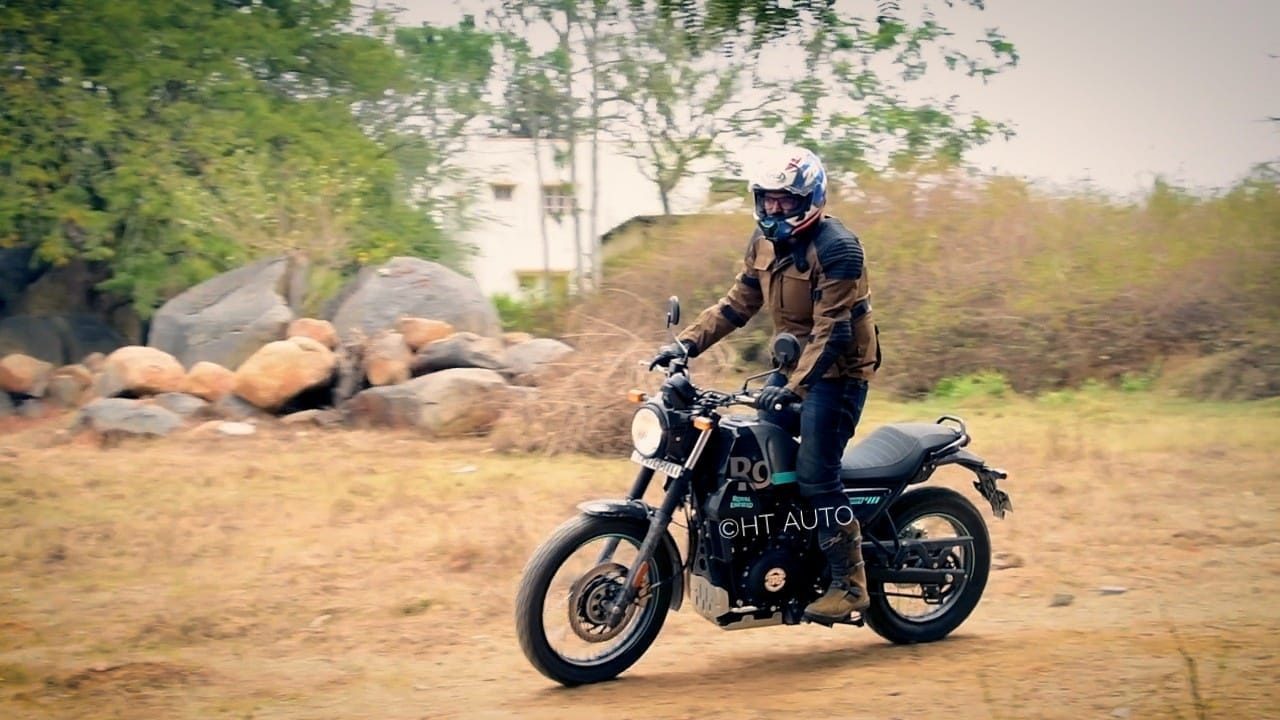 Scram feels at home in dirt thanks to its incredible suspension setup. While the front gets a 41 mm front fork with 190 mm travel, the rear rides on a monoshock unit.

The effective weight difference between the Scram and the Himalayan stands at 6.5 kg. While the Scram weighs 183.5 kg, the latter tips the scales at 190 kg. This isn't something major by ADV standards but the weight difference is evident when hitting the trails on the bike. Also, tip-toeing is a bit easier which makes the Scram a better handler at low speeds. Of course not to forget, the lower placed handlebar contributes further to the cause.

Smaller front wheel makes it feel more planted around corners however fast highway speeds is not the forte of Scram as it tends to wobble a bit at triple digits speeds. So the previous speculations that Scram is going to be a better highway tourer than Himalayan may not be true after all.

In terms of riding stance, the Scram 411 doesn't feel radically different than the Himalayan. There is of course is a different meter console upfront and repositioned handle bar which now sits lower and closer to the rider. Since the ground clearance is lower and the seat is also marginally lower set at 795 mm, the Scram feels easier to ride on. 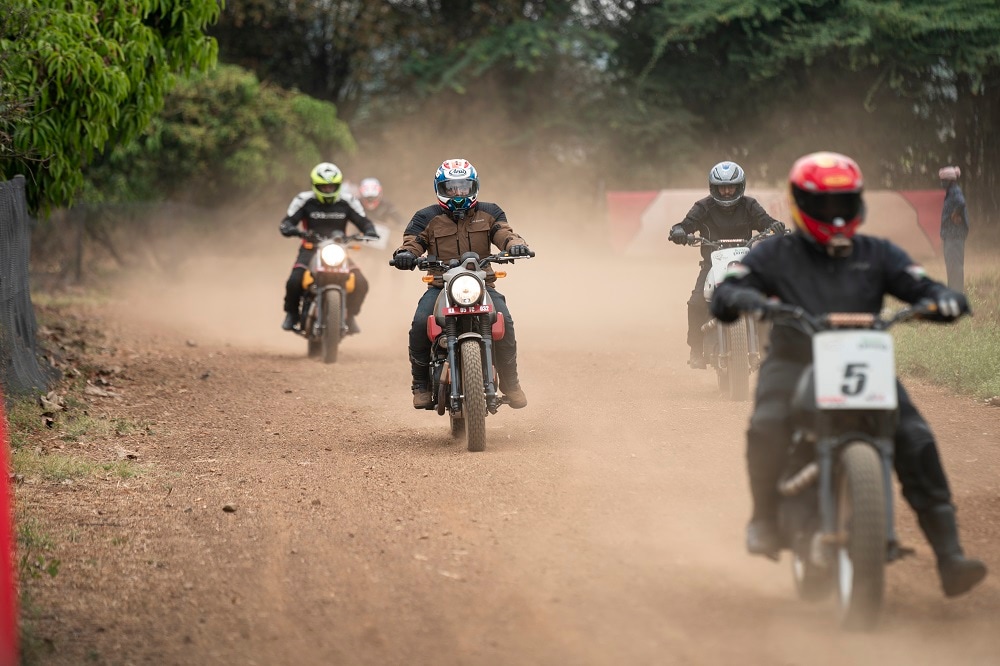 The Scram is a dual purpose motorcycle that you can live with everyday without putting much muscle into it.

Royal Enfield says that Scram is an easier to ride variant of the Himalayan and this indeed is true. It is basically for the customers that want to upgrade to the world of adventure biking but find something like the Himalayan to be too extreme. The Scram is a dual-purpose motorcycle that you can live with everyday without putting much muscle into it. It is a bike that you will absolutely love for your daily commute as well as weekend adventure fun.