The answer lies in a plethora of taxes that both Central and state governments levy on the two auto fuels that rob the customers of the real gains that accrue from a subdued oil market.
By : IANS
| Updated on: 20 Mar 2020, 08:27 AM 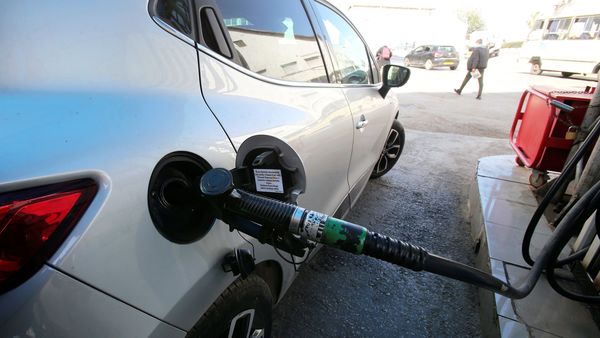 You must be wondering why the current freefall in the global oil market is not resulting in commensurate or sharp fall in retail price of petrol and diesel.

The answer lies in a plethora of taxes that both Central and state governments levy on the two auto fuels that rob the customers of the real gains that accrue from a subdued oil market.

The current base price of petrol stands at just ₹27.96 a litre while diesel at ₹31.49 a litre in Delhi (as on March 16, 2020). But customers were paying ₹69.59 and ₹62.29 for the two petroleum products, respectively, at the pumps in Delhi on Thursday. Bulk of the retail price consists of taxes that are levied by both the Centre and state governments and forms an important revenue sources for them.

The component of taxes is much higher in Maharashtra, Tamil Nadu and few others states that keep petrol and diesel retail prices much higher for customers in these states.

"Even though petrol and diesel prices have been freed from the administered price mechanism, high level of taxes and the invisible control that the Centre exercises on public sector oil companies prevent market forces from taking over auto fuel pricing, keeping customers away from the gains that could have accrued in this market where crude prices have settled at just around $25 a barrel now," said an oil sector analyst with one of the big four consultancy firms asking not to be named.

So, though the base price of petrol and diesel has fallen by a staggering ₹7-8 per litre since January 2020, higher level of taxes, which is levied at fixed rate, has kept the retail prices from falling commensurately.

Also read: What crashing fuel prices mean for you

In fact, the Centre raised excise duty on petrol and diesel by ₹3 per litre effective March 14, robbing customers of more gains that should have flowed this month as global oil prices have fallen by more than 35 per cent in the last 10 days.

According to a report from ICICI Securities, auto fuel net marketing margin is now estimated at ₹11.63 per litre on April 1, if there are no price cuts by oil companies till that time.

Even if the daily price cut on petrol and diesel remains between 15 and 30 paisa till April 1, the marketing margin will remain high at ₹8-10 per litre. This very high level of margin with the companies is also robbing customers of the gains.

A look at the current crude prices and prevailing retail prices of auto fuels makes things more clear. The current crude price (Indian basket) of around $26 a barrel is same to the prices that prevailed in 2002 when petrol retailed at just about ₹29 a litre while diesel costed a mere ₹18 a litre.

Even if we take the increased costs now and some reasonable increase in duty into account, the retail price of petrol and diesel should have been much lower.

While the government has kept the customers away from enjoying the real benefits of lower fuel prices, it has kept its tax collections strong. The Centre collected over ₹2,14,000 crore from excise duty on oil sector in 2018-19 and has already collected over ₹1,50,000 crore in the nine-month period of the current fiscal.

The states have seen their VAT and sales tax revenues from the sector consistently increasing since FY 15, standing at over ₹2 lakh crore in FY19 and ₹1,50,000 crore in the nine-month period of FY20.