Saudi Arabia, world's top crude exporter plans to increase prices of oil. Saudi Arabia is one of the biggest oil exporters to India selling crude worth nearly $23 billion in the last financial year.
By : HT Auto Desk
| Updated on: 28 Jul 2022, 11:53 AM 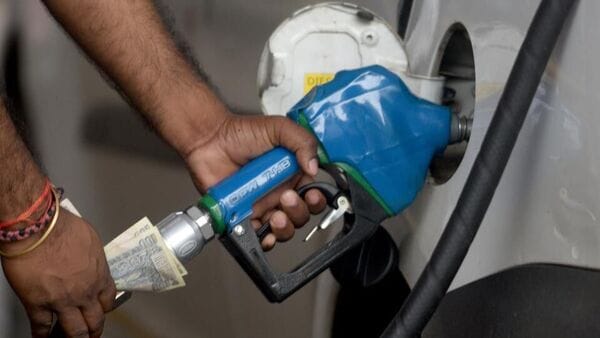 Petrol and diesel prices have been stable in India for the past few weeks due to reduction in taxes levied by the Centre on these fuel.

Saudi Arabia, the largest crude oil exporter in the world, is likely to increase price of oil to a record level in September. The leader of the Organisation of Petroleum Exporting Countries (OPEC) is expected to increase price of its Arab Light crude to Asian countries by $10.80 per barrel. India, being one of the largest importers of crude oil from Saudi Arabia, could be impacted due to this hike. This could also result in further hike in petrol and diesel prices in the third quarter of this financial year.

India is the third largest consumer of oil in the world and is placed behind United States and China. In terms of imports, India ranks second to China as crude oil forms a large chunk in India’s overall imports with around one-fifth share. India's dependency on foreign oil imports was around 85 per cent of its domestic needs in the last financial year. A lion's share of these imports came from Saudi Arabia.

According to official data, India's oil imports from Gulf nations like Saudi Arabia, Iraq and UAE stood at 63 per cent of its overall oil imports. Saudi Arabia alone sold $23 billion (roughly converted to ₹183.68 thousand crore) worth of crude oil to India during this period. Only Iraq was ahead in terms of oil exports to India in the last financial year with crude worth $30.34 billion (roughly converted to ₹240.21 thousand crore).

Since 2021, India has seen unprecedented rise in the price of petrol and diesel. Price of both fuel touched record highs during the Covid-19 lockdown and later. Prices soared to more than ₹100 per litre for both fuel in several cities across India, a first in its history. According to the Ministry of Petroleum and Natural Gas, petrol and diesel prices were hiked more than 70 times in the last 12 months.

The series of petrol and diesel price hikes in the past one year reached a stage when India faced widespread protests. The Centre had to step in to control the prices by reducing tax on both fuel. It offered some relief to consumers as fuel price saw hikes almost every other day till May this year. However, if Saudi Arabia decides to increase price of crude oil, it will impact on prices of fuel back home around the festive season. The oil companies will start revising rates based on crude prices impacting consumers once again.