With the help of BS 6 Innova Crysta, Toyota expects auto sales to pick up

The automobile industry recorded its worst-ever sales decline in two decades in 2019, with an unprecedented slowdown hampering vehicle offtake across segments.
By : PTI
| Updated on: 14 Jan 2020, 10:25 AM 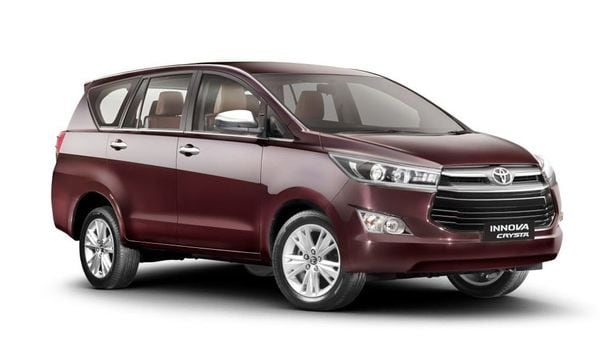 Toyota Kirloskar Motor expects auto industry growth to pick up only in the third quarter of this year as consumers would try to understand the new BS 6 technology and associated cost increases when it is implemented in April, according to a senior company official.

The company, which had recently launched the BS 6 version of its popular multi-purpose vehicle Innova Crysta, said it will be rolling out diesel variants of other models such as Fortuner by the end of this month or early February.

"At least for the first two quarters, for the customers it is going to be understanding of the new technology. The fundamentals are strong, so by the third quarter it should start picking up," Toyota Kirloskar Motor (TKM) Senior Vice-President (Sales & Service) Naveen Soni told PTI.

He was responding to a query on the outlook for 2020 for the auto industry in general and also for the company in the backdrop of the transition to BS 6 emission norms from April 1.

The automobile industry recorded its worst-ever sales decline in two decades in 2019, with an unprecedented slowdown hampering vehicle offtake across segments. The overall wholesale of vehicles declined 13.77 per cent to 2,30,73,438 units as against 2,67,58,787 units in 2018.

Soni said TKM has taken a conscious decision of not passing the entire cost increase due to the transition and absorb for sometime so as not to make it difficult for customers.

Citing the example of the BS 6 Innova Crysta, which the company has introduced at a price range of ₹15.36 lakh to ₹24.06 lakh (ex-showroom Delhi), he said,"The main challenge was that if we had passed on the entire cost to the market it would have been a real big step up...If there was a steep price hike it would have been very difficult for the consumer to understand."

Therefore, he said, "We have passed on less than 50 per cent of the cost impact due to BS 6 to the market and taken the hit on the company side."

However, he added, "How long can we absorb is a big question. That's why we are calling it a limited introductory offer (for Innova Crysta). If we do this for a long time, sustainability will be an issue and at the same time we do understand that the customer will find it extremely difficult if we transfer the entire amount. So we will have to watch the market."

Commenting on the company's production plans for the transition, he said, "We have been controlling and we have to further control as we have to taper out BS 4 and bring in BS 6.

"Wholesales will be less this month as we don't want any of our dealers to hold inventory when we have the transition to BS 4 that could lead to fire sales and unnecessary discounts."

While rolling out of BS 4 compliant petrol vehicles is not an issue, Soni said it was not the same for diesel vehicles as availability of fuel across India is critical because BS 6 diesel engines cannot run on BS 4 diesel fuel.

"We are ready with the BS 6 technology for diesel cars but the challenge is of the availability of fuel. So vehicle availability will depend on fuel availability. In petrol there is no such issue. Our Yaris, Glanza and Camry models are meeting BS 6 (standards)," he said.

On diesel, Soni added, "We have to be careful and we are monitoring what will be the fuel availability across the country. So by end of this month or early next month we will start rolling out diesel version of BS 6."

For Fortuner and Crysta, he said the company is also still producing BS 4 version of the petrol variants, which account for 10-15 per cent of total sales.

"Towards the end of this month, we will start producing BS 6 version of these models as well," he added.