Tesla is all set to expand its production capacity at facilities across the world, a move that could help it meet the anticipated rise in demand for its electric vehicles.
By : HT Auto Desk
| Updated on: 28 Dec 2021, 15:26 PM 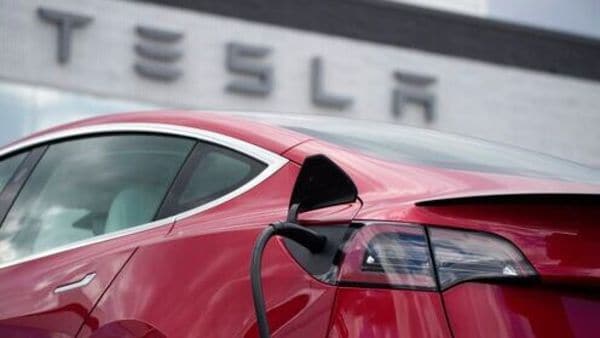 File photo of a Tesla car.

Tesla may have had to navigate through some choppy waters in China in recent months but it remains one of the most formidable players in the world's biggest electric vehicle market. And signs are already amply visible that Tesla is more than likely to build on its position of strength here in 2022.

Sales of electric vehicles in China, also referred to as new-energy vehicles here, have been on a steady rise despite overall vehicle sales here going through a tumultuous time. And among the number of global as well as local players, Tesla has managed to keep the crown firmly on its head. Moving in to 2022, Tesla is likely to continue benefiting from a rise in demand for battery-powered vehicles and has dug in to meet this demand.

According to a Bloomberg report citing Los Angeles-based investment firm Wedbush, 40% of EV deliveries in China next year will be powered by Tesla. It is further estimated that Tesla would be able to roll out 2 million units each year by the end of 2022, up from one million at present. While Tesla already has a facility in Shanghai, it is now focusing on even bigger facilities in Texas and in Germany.

(Related: Five highlights of Tesla factory in Texas worth over $1 billion)

Competition, however, is stiff and not necessarily from rival OEMs. Chinese authorities earlier this year suspected that Tesla vehicles may be recording sensitive data and sending these to foreign shores, a charge CEO Elon Musk firmly refused. Then there were allegations that Tesla vehicles had quality-related issues. A woman at an auto exhibition in China even jumped on the bonnet of a Tesla vehicle to try and highlight issues she was facing with her own Tesla car.

But despite some obstacles, the popularity of Tesla has only grown. Aided by incentives for new-energy vehicles, demand for EVs have been robust and Tesla has managed to make the most of it.