Why oil companies’ fall from favor could cause next price spike 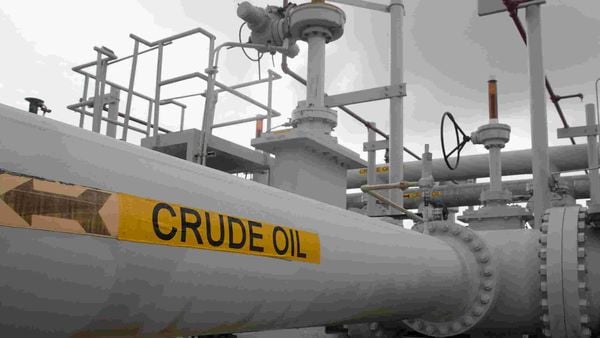 Oil may be on the way out, but it will be a long goodbye. (Image used for representational purpose)

Nobody loves oil companies. Tesla Inc., the emblem of an emissions-free future, is worth more today than the top five Western supermajors combined.

Yet the world’s disdain for its petroleum giants could carry a sting in the tail -- a jarring price spike.

Oil may be on the way out, but it will be a long goodbye. Even if demand peaks, companies like Exxon Mobil Corp. and Royal Dutch Shell Plc need to keep investing tens of billions of dollars every year into fossil fuels just to stand still. Right now, many investors would prefer to take that cash in dividends, or see it channeled into renewables.

“We have concerns about investment, particularly in light of the pandemic," OPEC Secretary-General Mohammad Barkindo said at a virtual conference in Iran on Jan. 26. Starving the industry of capital today “could sow the seeds for extreme volatility down the road."

Oil producers have been hammered by the coronavirus. In 2020, collapsing cash flow, tens of billions of dollars in writedowns, large quarterly losses and dividend cuts became the norm for the industry.

Companies have taken dramatic steps to conserve cash. Many cut their dividends -- in Shell’s case for the first time since the Second World War. Combined capital expenditures by the supermajors in the third quarter of 2020 were just half the level of a year earlier, and the lowest since 2005, according to data compiled by Bloomberg.

With demand recovering and crude back above $50 a barrel, the worst of the Covid-19 crisis appears to be over for the oil industry. But there are reasons to doubt that these companies are in a position to significantly boost spending on oil and gas.

In Europe, BP Plc, Shell, Total SE and Eni SpA have all pledged to eliminate most of their greenhouse gas emissions by mid-century and channel an increasing share of their investments into clean energy. In the U.S., Chevron Corp. and Exxon are under less pressure to go green, but face scrutiny from investors dissatisfied with their returns.

On both sides of the Atlantic, the supermajors appear to have little financial leeway. S&P Global Ratings warned on Jan. 26 that it may cut the credit score for a plethora of oil companies due to “greater industry risk" and climate change. Such a move could increase their cost of capital and potentially put new projects at risk.

“We don’t see upstream investments by the majors returning to 2019 levels of spending, and that was already a relatively low level from a historical context," said Giacomo Romeo, an equity-research analyst at Jefferies. Much of what they are able to spend will probably go into natural gas, which “could lead to a last hurrah in the oil price."

An increasing number of people might consider declining investment in fuels a good thing. There are alternatives available -- from electric vehicles to wind and solar power -- that don’t change the climate, but it is taking time to deploy them on a global scale.

In the meantime, an oil-price spike would be a big economic headwind for a world recovering from the pandemic, especially in developing countries where the burden falls hardest.

There’s plenty of historical precedent for an investment drought leading to a surge in crude a few years later. It happened after oil fell below $10 a barrel in the late 1990s.

But in the most recent example, the warnings about a looming supply shortfall were wrong.

After crude slumped from above $100 a barrel in 2014 to below $30 two years later, influential voices from International Energy Agency Executive Director Fatih Birol to Total SE Chief Executive Officer Patrick Pouyanne said the industry’s huge spending cuts would lead to a supply shortfall and price spike by the end of the decade.

Instead, the 2010s ended with Brent crude hovering near $65 a barrel in London and the Organization of Petroleum Exporting Countries and its allies deepening production cuts to support prices amid warnings of a surplus.

The predictions were confounded largely by U.S. shale explorers, who not only survived the downturn, but cut costs and found more productive places to drill, igniting a second boom that surpassed the first.

Whether the shale industry can confound expectations again is an open question.

The coronavirus pandemic has hit the American oil industry harder than the previous downturn. Production is down about 2 million barrels a day from its peak, almost twice as big as the drop that followed the 2014 price slump. The companies that have survived 2020 say they’ve learned from their mistakes, and investors are demanding an end to years of profligate spending.

“The industry has permanently changed, at least for the next several years," Michael Cohen, chief U.S. economist at BP Plc, said at the Argus Crude Live conference. The American oil industry isn’t monolithic and some companies could still try to grow, but most drillers are focused on improving returns or repairing their balance sheets.

The boom years, when daily U.S. output would clock an annual expansion of 1 million barrels a day, are over, Cohen said. Companies “are not interested in growing into a large, oversupplied market," he said.

Not everyone is so convinced that shale drillers have kicked the growth habit, especially when OPEC+ may once again be offering a life raft to the industry by pushing up prices. Since Saudi Arabia announced a surprise production cut on Jan. 5, West Texas Intermediate crude has held above $50 a barrel.

“A big chunk of U.S. shale is definitely profitable" at that price, said the IEA’s Birol. “Will they be able to increase production? I think many of them will be able to do so."

Total global investment into oil and gas exploration and production fell by 34% last year to $261 billion, the lowest since 2004, according to a December report from the International Energy Forum and the Boston Consulting Group.

Annual spending at that level won’t satisfy the world’s energy needs in the coming years, the report said. Even if the recovery in oil demand from the pandemic is only slight, the world would require 27 million barrels a day of new oil and gas supply by 2022 to offset production declines at existing fields.

Annual investment needs to be 25% higher over the next three years to stave off a supply crisis, the report estimated. That’s much faster than the pace of recovery after the 2014 to 2016 slump.

The coming year will be crucial in determining whether the industry is capable of rising to that challenge. The IEF report estimated that upstream investment would drop by another 20% in 2021, but prices have already rallied since it was published last year and “capex is likely to be higher than our initial estimates," said Jamie Webster, senior director at the Boston Consulting Group.

Fourth-quarter earnings season, which started this week, had been expected to show a brighter outlook for the battered oil majors. But it got off to a shaky start after Chevron posted a surprise loss on Friday.

Its ambitious growth plans for the Permian -- the most prolific U.S. shale basin -- remain on hold. It could take until the second half of the year or even early 2022 before conditions are right to increase investment there, Chief Financial Officer Pierre Breber said in an interview with Bloomberg TV.