Why global car makers could slog and stutter before reopening factories

A mile-long list of safety protocols are almost certain to ensure that workers are safe and there is no spread of Covid-19.Getting parts from cash-strapped suppliers could be a massive roadblock in many countries.
By :
| Updated on: 16 Apr 2020, 08:35 AM Automakers are anxious to get their assembly lines rolling again, especially since leaving factories idle is costing them billions of dollars by the week.

But the experience many of them have had in China illustrates just how long a slog it’s going to be before plants are producing at anywhere near pre-shutdown levels. It took almost two months for most of China’s industry to return to some semblance of normalcy -- and that was with the benefit of mobile apps the government installed on citizens’ cell phones to track their movements and potential exposure to Covid-19 infected people.

North American factories may have the benefit of Apple Inc. and Google trying to start a similar contract-tracing effort, but participation will be voluntary. And the tensions brewing already between President Donald Trump and state governors indicate U.S. government efforts won’t be nearly as centralized as China’s was, suggesting that already cash-strapped suppliers may also have to deal with a patchwork of state-by-state orders dictating when businesses can reopen.

“Discipline is the key to success," Jim Tobin, the president of Asia operations at auto-parts maker Magna International Inc., said last week. “In China, there’s mandates that come out. Here, there are requests."

Magna and other companies implemented dozens of protocols -- including worker-temperature screenings and physical distance barriers -- to open factories on single shifts, Tobin said during a webinar hosted by the Center for Automotive Research in Ann Arbor, Michigan. Many vehicle and parts plants in North America had been running multiple shifts to meet demand that’s held steady near all-time highs for years. Now, sales have cratered and are unlikely to recover quickly. 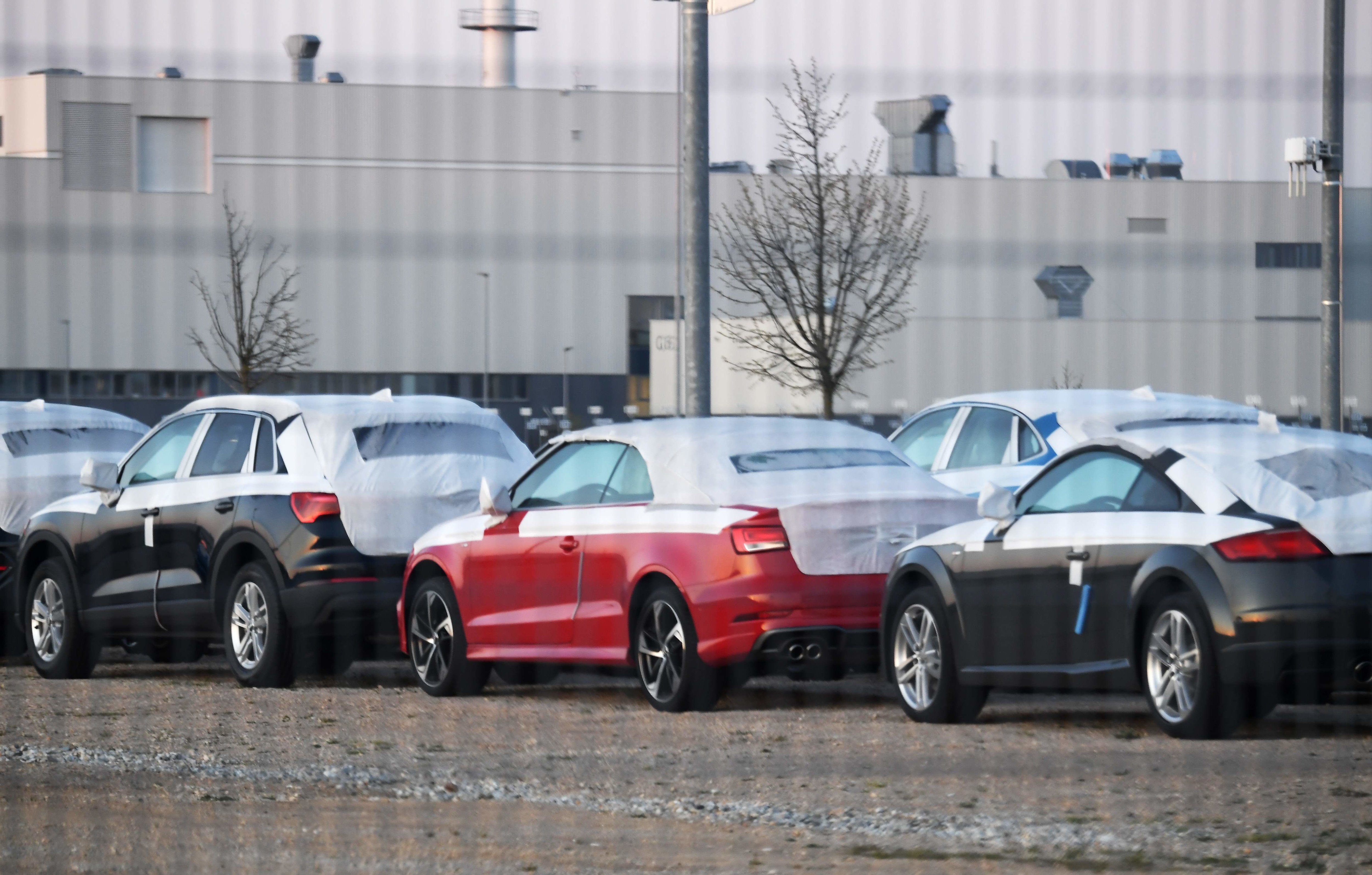 Tesla Inc. and Fiat Chrysler Automobiles NV both are planning to begin reopening U.S. plants on May 4 after idling them in mid-March. General Motors Co. and Ford Motor Co. have refrained from scheduling restart dates for their facilities, while Toyota Motor Corp. and Honda Motor Co. have said theirs will be down through at least May 1.

While setting dates to reopen sends a signal to suppliers to start getting their parts inventories ready, doing so won’t be simple, with new layers of precautions and complications that didn’t exist before shelter-in-place orders came into effect nearly a month ago.

Here’s a rundown of what the industry is grappling with as it prepares for a restart:

A typical vehicle has thousands of parts, and as automakers survey their supply chains, they now have to look not just at inventories, but at health orders across the country. What the virus curve looks like in Illinois compared with Michigan or Ohio could determine whether or not a vehicle will have all the components needed to resume production.

“What the manufacturers need to do is be able to map out state by state, county by county, where manufacturers are with regards to local lockdown stay-at-home orders," said Brian Collie, head of Boston Consulting Group’s U.S. automotive practice.

Even in states where people are allowed back to work, auto companies will likely use staggered shifts to increase social distancing and allow for more frequent deep cleaning. They’ll also likely deal with high rates of absenteeism, especially among older workers who fear getting infected, Collie said. 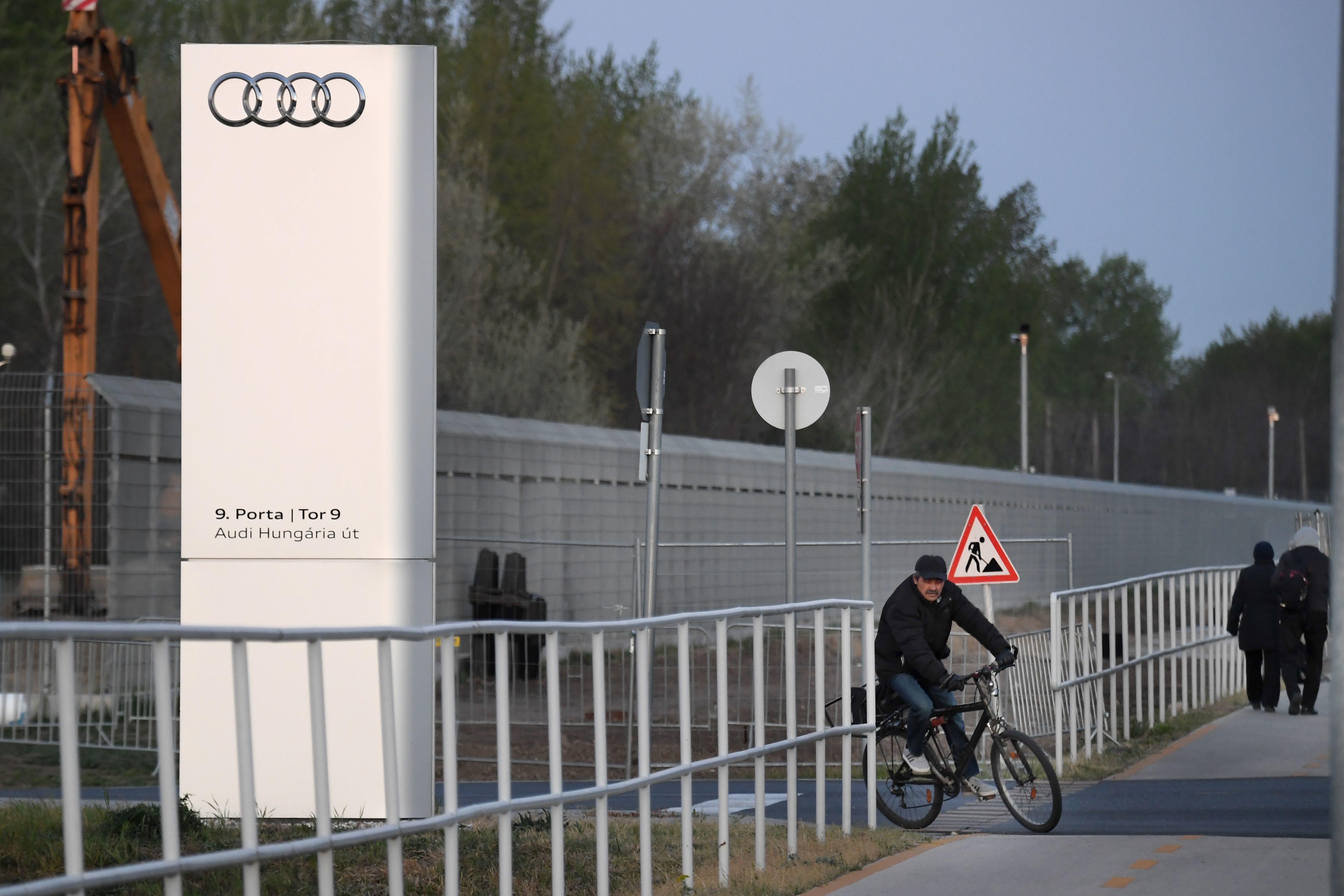 Suppliers typically need a week or two of advance work to support an automaker’s ability to start running their assembly lines again, said Ann Marie Uetz, a Detroit-based partner at the law firm Foley and Lardner LLP, which represents parts manufacturers. And there are at least two major impediments the supply chain will be dealing with: kids and cash.

With many school systems closed until the end of the year, parents within the workforce will have to find some form of child care before reporting back to plants. Many will be wary of bringing the virus home to their families.

The other problem is cash flow. With production already having been shut down for roughly a month, suppliers’ coffers are starting to run dry and many need help with the expenditures necessary to restart, Uetz said. Some are getting assistance from the federal government, but automakers also are negotiating ways to help.

The dire financial straits many suppliers are in doesn’t leave much room for error in deciding on when to resume output, Magna’s Tobin said.

“Start-stop does not help liquidity, because we start buying material, employing people, then they say, ‘We’re going to push it out another two weeks,’" Tobin said, referring to supplier-carmaker relationships.

Much of the auto industry has pivoted to supporting the health-care industry by making ventilators, masks, face shields and medical gowns. Some of those efforts to make personal protection equipment -- or PPE -- will come in handy for their own workforce, which pushed back against keeping factories open last month.

Social distancing and barriers will be go-to tools, but for workers who can’t avoid close interaction, they’ll need face shields, said Aaron McCarthy, Magna’s chief of human resources. Companies may be unable to provide them until front-line health care workers have enough.

Ford, which is experimenting with social-distancing wristbands for workers on the factory floor, also is tallying up the equipment needs for its workplaces.

“We’re identifying all the PPE requirements," Jim Farley, the automaker’s chief operating officer, said in a podcast interview with Automotive News last week. “We’re not going to bring anyone back or even think about it before we have the sufficient supplies."