Electric cars and buses have long been saddled with bigger up-front costs than those burning gasoline or diesel, due to the cost of batteries.
By :
| Updated on: 17 Dec 2020, 12:08 PM 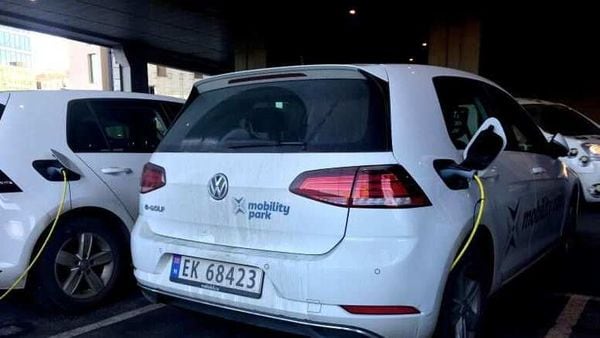 Electric vehicles may cost about the same as their gas-guzzling brethren in just three or four years -- and only get cheaper from there, according to a new report from BloombergNEF.

Electric cars and buses have long been saddled with bigger up-front costs than those burning gasoline or diesel, due to the cost of batteries. But researchers say that price premium will disappear once battery packs reach $100 per kilowatt-hour -- a tipping point BNEF expects to occur in 2023, according to its 2020 Battery Price Survey.

Battery costs have plunged nearly 90% in the last decade, from $1,100 per kilowatt-hour in 2010 to $137 this year. Packs built for cars -- as opposed to home solar arrays or pieces of the power grid -- cost even less. They now average $126 per kilowatt-hour.

“Within just a few years we will see the average price in the industry pass this point," said Frith, BNEF’s head of energy storage research, in a press release. “What’s more, our analysis shows that even if prices for raw materials were to return to the highs seen in 2018, it would only delay average prices reaching $100/kWh by two years -- rather than completely derailing the industry."

BNEF forecasts prices dropping to $58 per kilowatt-hour by 2030. One possible way that price could be achieved is the widespread production of solid-state batteries, which BNEF estimates could be made for 40% the cost of current lithium-ion batteries.