Five in backseat and two in the boot of a car that had two doors that didn't open, one tyre almost entirely worn out and without valid insurance - a road accident in the waiting.
By : HT Auto Desk
| Updated on: 28 May 2021, 12:52 PM 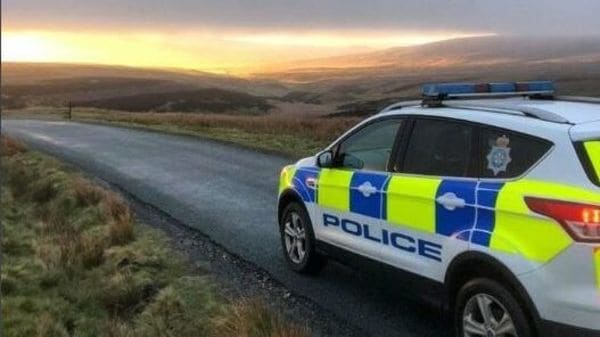 A sedan usually is most comfortable for four but five too can be quite cosy inside most vehicles. And Skoda Octavia is no exception. But somehow cram nine adults inside an Octavia - or any other sedan for that matter, and it can be quite a squeeze. The squeeze was witnessed first hand by cops in the UK when personnel from North Yorkshire Police brought one particular vehicle to a halt.

Seen comic scenes of numerous clowns emerging from a vehicle? The scene in Norton where this particular Octavia was flagged was quite similar. The driver and a front passenger were lucky enough to get a seat of their own but there were five passengers on the backseat where three are meant to be at. Ready to issue penalty, the cops discovered there were more people when the boot was opened and two passengers stepped out.

That the car was crammed obviously made the drive unsafe but what made matters even more risky was that two of the doors didn't open and cops say one of the front tyres was so worn out that the inner linings were visible. "We always expect the unexpected when we stop a vehicle. But this one took us totally by surprise," a spokesperson for North Yorkshire Police was quoted as saying by UK news agencies. And no, the car did not even have a valid insurance.

Driving any vehicle with more passengers than what is stated as seating capacity in registration papers is illegal in most countries and almost always invites heavy penalties.

While it can be argued that not everyone can buy a large vehicle with more seating options, there is no arguing with the fact that an overloaded vehicles of any kind is a massive risk on roads anywhere in the world.