Consumption of diesel in the first quarter will be only 3.9% higher from a year earlier, when the national lockdown was imposed.Motor fuel demand will climb 12.5% over the same period.
By : Bloomberg
| Updated on: 29 Jan 2021, 08:39 AM 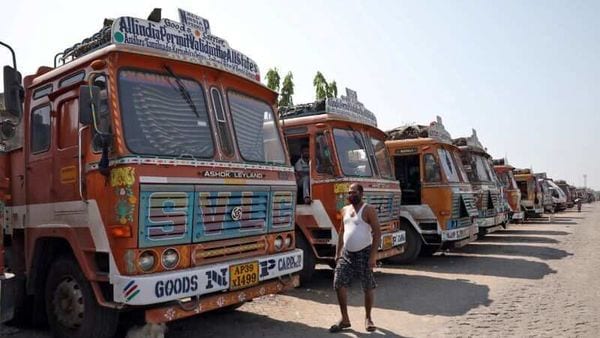 It’s set to be a slow crawl back to pre-virus levels for Indian energy demand with diesel, the most-used fuel, holding back the recovery.

While demand for diesel, which accounts for around 40% of Indian fuel use in a normal year, rebounded quickly after the the world’s biggest lockdown was imposed in March, the recovery has since slowed. The annual growth rate for diesel consumption won’t get back to pre-virus levels until the year ended March 2022, said Mukesh Kumar Surana, chairman of Hindustan Petroleum Corp.

Used in factories, construction and agriculture as well as powering the truck and bus fleets, diesel is a bellwether of industrial activity in India and its tepid recovery reflects an economy still struggling to shake off the crippling effects of the pandemic. Gasoline demand, by contrast, is being buoyed by people opting to use private cars and motorcycles to avoid being exposed to Covid-19.

“The recovery in diesel demand is lagging behind gasoline, and the trend is likely to persist through most of the first half of 2021," said Senthil Kumaran, head of South Asia oil at industry consultant FGE. “Demand for diesel will average about 5% lower than year-ago levels in the coming months."

Consumption of diesel in the first quarter will be only 3.9% higher from a year earlier, when the national lockdown was imposed, according to FGE. Motor fuel demand will climb 12.5% over the same period.

The year got off to a shaky start with fuel sales falling in the first two weeks of January from a month earlier and diesel showing the biggest drop. Farmer protests have affected the movement of vehicles in some states and damped consumption, while record high fuel prices have also dented demand.

Only around three-quarters of India’s trucking fleet is operational, according to Naveen Gupta, secretary general of the All India Motor Transport Congress that represents about 10 million truckers. “Operating costs are at an all-time high because of high diesel prices, but freight has not increased," he said.

There are signs, however, that the economy of India -- the world’s third-biggest oil importer -- is starting to perk up after shrinking by a forecast 7.7% last year. Seven of the eight high-frequency indicators tracked by Bloomberg News held steady in December and one deteriorated.

Finance Minister Nirmala Sitharaman is expected to announce generous public spending and measures to put more money into the hands of average Indians when she unveils the federal budget on Monday. Diesel demand should also improve a bit during crop harvesting in March and April, HPCL’s Surana said.

After slumping around 15% last year, full-year diesel consumption will exceed that of 2019 by 3.3%, according to Bloomberg calculations based on figures from FGE and the oil ministry. Gasoline demand, meanwhile, will be about 11% higher this year than in 2019.

However, R Ramachandran, the former refineries director at Bharat Petroleum Corp, said that greater use of fuels like liquefied natural gas and compressed natural gas in transport means diesel is unlikely to be as dominant in the Indian energy mix as it was before Covid-19.

“We are witnessing exceptionally good demand for gasoline," said Ramachandran, who has almost four decades of experience in the Indian oil industry. “But don’t expect diesel to recover to the growth rates of the past."