Watch: Car thief leads police to chase, pretends to be asleep when gets caught

The thief stole a Kia Sportage and made a run.The individual received a 12-month Youth Rehabilitation Order, a 12-month driving disqualification and an £85 fine.
By : HT Auto Desk
| Updated on: 28 Nov 2021, 15:35 PM 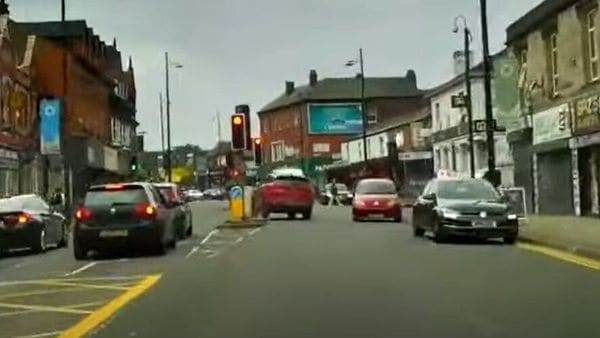 Screengrab from the video posted on YouTube by GM Police.

A video has surfaced on Internet where a person in a car can be seen leading officials on a chase after they noticed the car that they believed to be stolen. According to a report by Carscoops, UK’s Greater Manchester Police conveyed that the officers who were patrolling in the Levenshulme area observed a Kia Sportage that they considered being stolen.

They soon started following the car and realising this, the driver tried to get away. The report stated that when the case picked up the pace, the driver made multiple minor collisions with other cars before mounting a central reservation on Stockport Road that damaged the car's tyres. However, the two flat tyres didn't deter the driver who continued to drive the car before abandoning it following which the individual escaped on foot.

The officials lost the driver and hence to find the thief, they took the help of a tracking dog. The dog led the team to a garden behind a house where they found a food material and gloves covered in the individual's scent. The officials guessed that the person might be hiding inside and hence entered the house and searched around. They found the car thief pretending to be asleep upstairs. Later, the officials found the individual to be a teenager who trespassed someone's property, took the keys and stole the Kia Sportage.

The individual received a 12-month Youth Rehabilitation Order, a 12-month driving disqualification and an £85 fine at the Manchester Magistrates Court after pleading guilty to aggravated vehicle taking, no license and no insurance, informed the report.