Volkswagen to make electric car cells, battery packs in US

Volkswagen has said it plans to break ground for a laboratory in Chattanooga factory in Tennessee to develop and test cells and battery packs for its upcoming car models assembled in the US.
By : Reuters
| Updated on: 14 Aug 2020, 10:42 AM 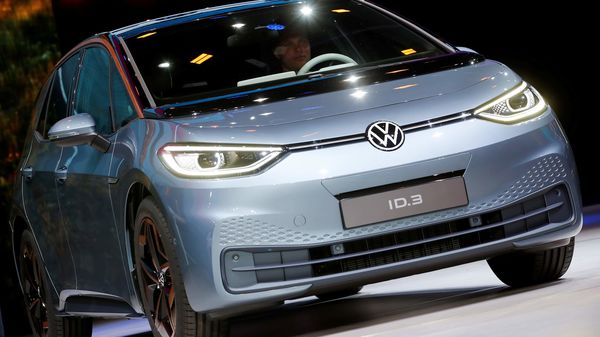 German automaker Volkswagen AG said it was expanding its Chattanooga factory in Tennessee to make electric vehicle cells and battery packs in the United States, alongside assembling electric vehicles.

The company said it plans to break ground for a laboratory in Chattanooga to develop and test cells and battery packs for its upcoming car models assembled in the US, with the goal of a fully operational lab by spring 2021.

"A lot of auto companies will farm out the development and testing of batteries to another company, and some will actually do the work of developing and testing in-house. We are doing the latter," said Wolfgang Maluche, vice president of engineering, Volkswagen of America.

Volkswagen's plan to produce its own cells and battery packs for electric vehicles in the United States follows an emissions scandal at the company, which admitted to using illegal software to cheat pollution tests in the country.

Last year, the carmaker said it would invest $800 million to build a new electric vehicle at its plant in Chattanooga.