Volkswagen steps on gas to go electric, begins changes for EVs at another plant

The Emden facility in Germany will be used to produce Volkswagen's new all-electric compact SUV ID.4 from 2022 which will be followed by other all-electric models.
By : HT Auto Desk
| Updated on: 07 Jul 2020, 13:42 PM 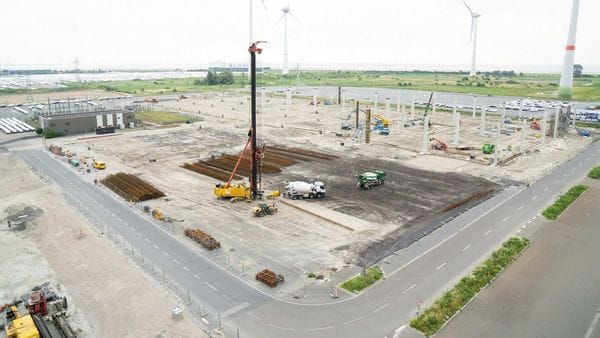 After Zwickau factory, Volkswagen has started the conversion of its Emden plant in Germany to an e-mobility location and the first electric cars are to roll off the production line from there from 2022. As the new electric facility is a cornerstone of the carmaker's electric strategy, it plans to invest about €1 billion in the transformation of the factory. In the final stage of development, Volkswagen says, the plant will have a design production capacity of up to 300,000 electric vehicles per year.

Volkswagen says Emden will be one of the most advanced plants in the industry and the first in Lower Saxony, Northwest Germany to produce large volumes of electric vehicles. The facility will be used to produce the company's new all-electric compact SUV ID.4 from 2022 which will be followed by other all-electric models. Though the production of the Passat sedan, Arteon and the new Shooting Brake will continue for a transitional period of several years but the ultimate goal is to make the factory all-electric.

As a part of the conversion, a new factory hall with an area of almost 50,000 square meters is being constructed where only electric vehicles will be assembled. The press shop and body shop are also to be expanded by 23,000 square meters. The paint shop will be modernized and a new “bi-color hall" with an area of 6,000 square meters will be constructed for painting vehicle roofs black. The two-color paintwork is one of the trademarks of the ID. family. The Works Council Chairman of the Emden plant, Manfred Wulff, said in a press statement, "Thanks to a concept that is balanced in economic and personnel terms, we will be in a position to thrill customers throughout the world with electric cars from Emden."

Volkswagen also plans a one-day sensitization event on the topic of “Changeover to e-mobility" for employees as a part of a quality offensive. The company aims to become the world market leader in e-mobility. It intends to launch more than 20 all-electric models by 2025 and establish a neutral carbon balance for the brand by 2050. Up to 2024, the brand is investing about €11 billion in e-mobility and is transforming a large number of plants.

In Germany, the electric vehicles of the Volkswagen Group are to be produced at Zwickau, Emden, Hanover, Zuffenhausen and Dresden. Volkswagen brand CEO Ralf Brandstätter, said, “With the conversion of our plant at Emden into a production location for electric vehicles, (we are) forcing the pace of system change."