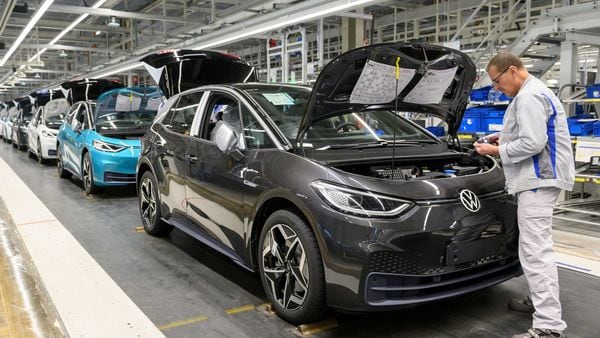 Volkswagen AG is pressing ahead with the manufacturing of the ID.3 electric car and expects to start European deliveries this summer as planned, despite lingering uncertainty surrounding demand for vehicles amid the Covid-19 pandemic.

Efforts to finish the car’s software are “on the home stretch" and the schedule for the rollout at VW’s German factory in Zwickau remains unchanged, the world’s biggest carmaker said in an emailed statement on Thursday.

“The ID.3 is and remains one of the most important vehicle projects for Volkswagen," the Wolfsburg-based company said.

VW is pinning its hopes on the success of the ID.3 to be its first purely battery-powered car based on new standardized underpinnings for mass-market vehicles, helping the German automaker comply with stricter emission rules in Europe that take effect this year. Making the switch to electric vehicles was proving the biggest and most costly headache for the industry before the Covid-19 pandemic halted production and shuttered dealerships worldwide.

VW officials in recent weeks have acknowledged complications during the software development, but have dismissed reports the project will be delayed. The coronavirus outbreak brought production to a standstill last month, stoking further uncertainty over the carmaker’s ability to stick to the planned schedule.

VW has prepared wide-ranging hygiene measures, including disinfectants in dealerships, to minimize contagion risks in showrooms or during the handover of cars to customers.