Volkswagen may produce fewer vehicles next year due to chip crisis: Report 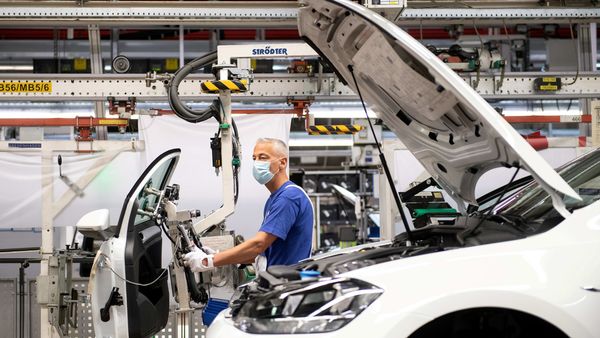 Auto major Volkswagen is likely to produce even fewer cars next year compared to this year as the ongoing global semiconductor shortage continues to plague the automotive industry. A German business publication called Manager Magazin reported this development, citing sources who are familiar with the matter.

Volkswagen reduced its vehicle delivery forecast for the current year from 9.3 million to 9 million last week. It is reported that the automaker is expecting the chip shortage to linger until early 2023. Expecting the possibility of a worst-case scenario, the report stated that the deliveries can plummet to 8 million cars in 2022 and even if situations remain positive, the deliveries can still fall slightly below this year's number.

(Also read | Volkswagen won't give up on diesels, TDI engines can run on paraffinic fuel)

However, Volkswagen stated that it is expecting a minor easing of the supply situation next year though the first half may remain very volatile. A few months ago, automakers such as BMW and Daimler too stated that they are expecting the semiconductor shortage to stretch till next year. BMW too believes the shortage will only ease from the second half of 2022.

(Also read | Volkswagen to invest $2.3 billion on a battery hub in Germany)

Volkswagen’s Audi and Skoda have stretched holidays till January 10 in many product facilities due to the bottlenecks existing in the supply chain. An Audi spokesperson said that the brand is expecting the shortage to stay in the coming year. “The scarcity could extend for even longer," added the spokesperson.

Volkswagen's other luxury arm Porsche in November highlighted the semiconductor shortage and conveyed that the automakers should start manufacturing their own chips. Porsche CEO Oliver Blume also reportedly stated that anyone who believes that the chip crisis will clam itself in the next year is mistaken.