Vehicle registrations down 15% in December: FADA

The sharp fall in growth also means a trickier transition to BS 6 as automakers lost opportunity to reduce its BS 4 inventory before new norms kick in.
By :
| Updated on: 22 Jan 2020, 05:51 PM 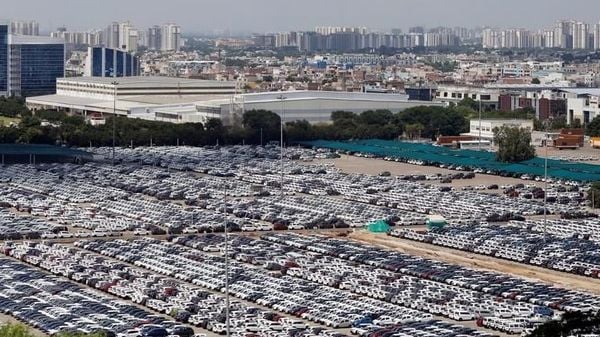 Cars are seen parked at Maruti Suzuki's plant at Manesar, in the northern state of Haryana, India, August 11, 2019. REUTERS/Anushree Fadnavis

Vehicle registrations in the country declined 15 per cent on a year-on-year basis to 16.06 lakh units after two months of positive growth, data from Federation of Automobile Dealers Associations (FADA) showed on Tuesday.

Commenting on the performance last month, FADA President Ashish Harsharaj Kale said: "December sales de-growth was not on expected lines as the inquiry levels all through the month were quite robust. Consumer sentiment continues to be very weak as customers did not conclude on the purchase even after taking the effort of inquiring and despite the best offers being available."

"The sharp decline in growth has denied the dealer community an opportunity to reduce its BS 4 inventory, making the transition to BS 6 trickier", he said, adding that with such a weak consumer sentiment, FADA recommends a very cautious approach to its members with serious focus on BS 4 inventory liquidation.

The FADA President also said that liquidity still remains a concern for the dealer community as well as for the retail customer as banking and finance industry continues to be in cautious mode despite sufficient liquidity being available.

FADA's statement said that it looks forward to demand spurring initiatives in the Union Budget and specific initiatives for the auto industry based on its feedback for the faster revival of much-needed sustainable growth.