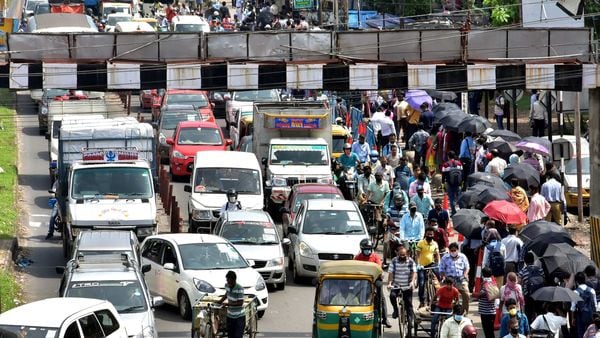 Huge traffic jam is seen on roads after people come out on roads in Kolkata on Friday. (ANI Photo)

People came out on the streets of Kolkata in large numbers with total disregard to social-distancing norms, while traffic snarl was noticed in many places as the lockdown relaxations come into effect in West Bengal on Monday.

Religious places like the Thantania Kali temple and Lake Kali Bari also reopened, but the Kalighat temple remained closed. "A decision on reopening will be taken by the shrine committee," sources said.

People either availed of the skeletal public transport or travelled to their workplaces in two-wheelers and cars.

Traffic snarls were noticed on Jessore Road near airport, Esplanade, Howrah Bridge and VIP Road, with people standing in queues waiting for buses and auto. Huge traffic was also noticed on BT Road.

(Also read: Public vs private transport: What surveys show and what they can't)

Some buses are plying in few routes of the city, and in districts like Howrah and Hooghly. State buses plied in 40 city routes and some inter-district routes.

The state government had on Saturday extended the lockdown till June 15, but allowed total attendance in micro, small, medium and large industries, including mining activities, from June 1. 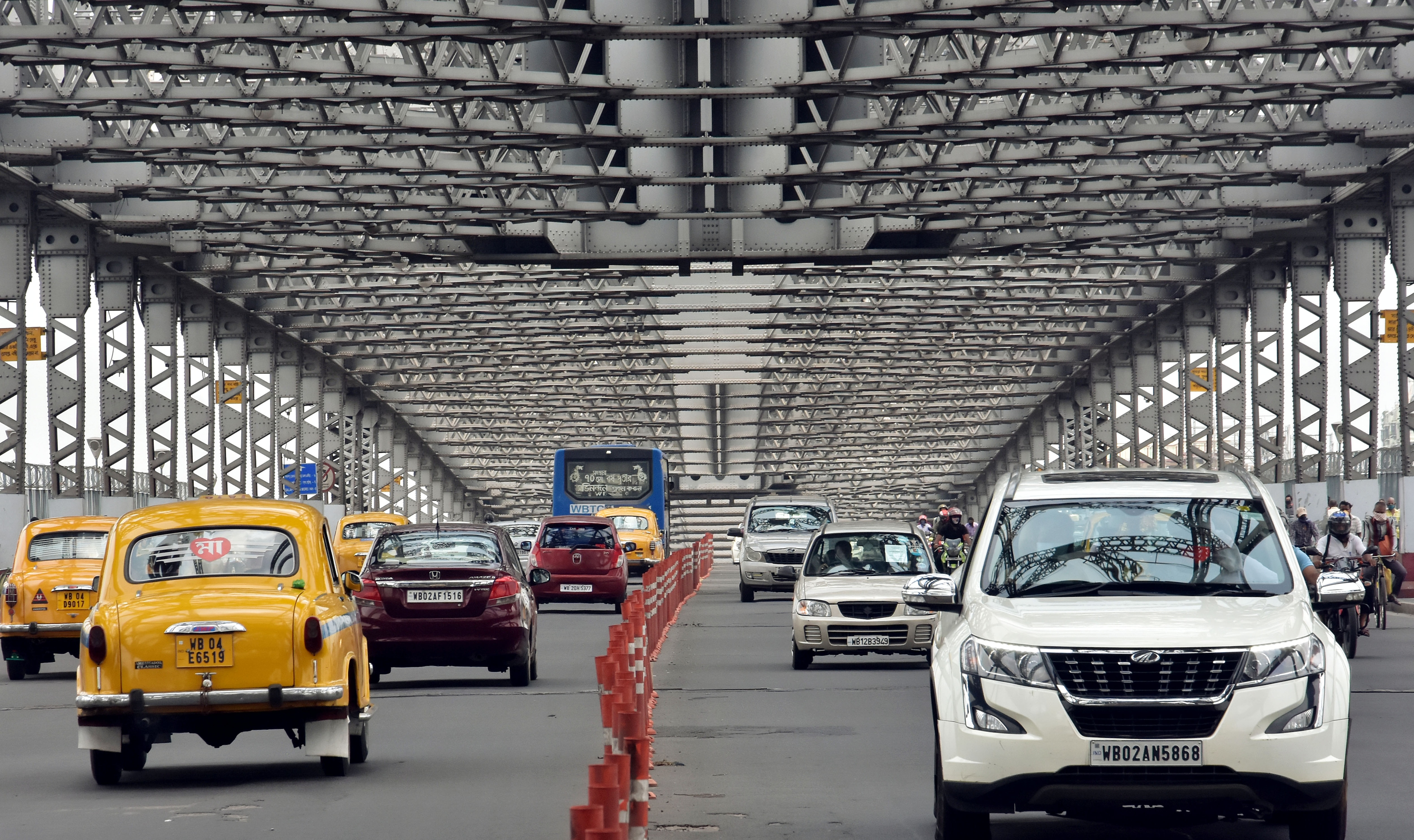 People using their private vehicles and cabs to reach their offices, markets, and other places due to unavailability of public transports, passing through the Howrah Bridge amid lockdown 4.0, in Kolkata.

The government also allowed construction activities with 100 per cent of the strength of workers from Monday. It has also given nod to indoor and outdoor activities related to TV and cinema production, barring reality show production, from June 1.

As the West Bengal government has allowed 100 per cent deployment of workforce in the jute industry from Monday, there was nearly 60 per cent attendance in the first shift.

This is due to a huge chunk of the labourers having gone back to their native places like Bihar, Jharkhand and Odisha due to the lockdown, according to sources.

While the state government also allowed 100 per cent deployment of workforce in the tea gardens, it was much higher on Monday than the previous days, sources said.

The Home Ministry had said on Saturday 'Unlock-1' would be initiated across the country from June 8, in which the nationwide lockdown from March 25 would be relaxed to a great extent, including opening of shopping malls, restaurants and religious places, even as strict restrictions would remain in places till June 30 in the containment zones.