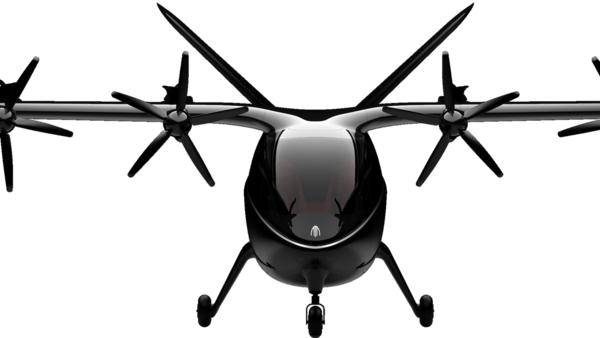 United Airlines Holdings Inc. is investing $20 million in an electric-aircraft startup and may eventually buy as many as 200 of the company’s small flying taxis to whisk customers to the airport in crowded cities.

If finalized, the aircraft purchase would be valued at $1 billion, Archer, the developer of the vehicles, said in a statement Wednesday. In addition, United is taking options for another $500 million of the taxis, which would take off and land vertically and be able to fly as far as 60 miles (96 kilometers). Archer plans to start production in 2023, with consumer flights in 2024.

For United, the deal represents a potential step toward more environmentally sustainable flight. For Archer, it’s a seal of approval from one of the world’s biggest airlines. In another boost for Archer, the startup agreed to merge with a special purpose acquisition company backed by investor Ken Moelis in a transaction that’s expected to generate about $1.1 billion in gross proceeds.

The SPAC, called Atlas Crest Investment Corp., soared 41% to $15.89 ahead of regular trading in New York. After the deal closes, the combined company is expected to trade on the New York Stock Exchange under the symbol ACHR.

The carrier will contribute expertise in airspace management as Palo Alto, California-based Archer develops its battery-powered aircraft, which would fly as fast as 150 miles per hour.

The goal of the emerging electric air-taxi industry is to be able to ferry small groups of passengers far above automobile traffic in congested cities such as Beijing, Sao Paulo and Los Angeles, while slashing carbon emissions.

Archer’s taxi could reduce carbon dioxide emissions by 47% per passenger on a trip between Hollywood and Los Angeles International Airport, United said.

“Part of how United will combat global warming is embracing emerging technologies that decarbonize air travel," Chief Executive Officer Scott Kirby said in the statement. “With the right technology, we can curb the impact aircraft have on the planet, but we have to identify the next generation of companies who will make this a reality early and find ways to help them get off the ground."

One of the airline’s regional partners, Mesa Air Group Inc., will invest another $5 million in Archer, a United spokeswoman said.

The proceeds from Archer’s SPAC deal include about $500 million in cash held in trust and a $600 million private investment in public equity. In addition to United and Moelis, participants in the PIPE offering include Putnam Investments, Mubadala Capital and Stellantis NV.

Last month, Archer announced a collaboration with Fiat Chrysler before the automaker merged with Peugeot maker PSA Group to form Stellantis. The automobile giant will offer its production expertise to help Archer lower its assembly costs.