At the same time, Brexit remains the biggest worry for automakers in the UK, with the possibility of an exit without a trade deal at the end of this year leading to EU tariffs that would undermine exports.
By : Bloomberg
| Updated on: 07 Jan 2020, 10:46 AM 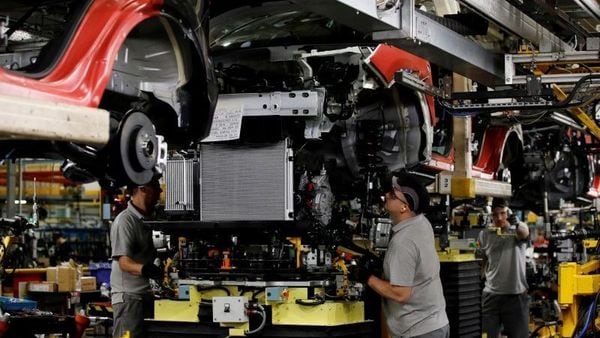 UK auto sales fell for a third straight year in 2019, dragged down by uncertainty surrounding Brexit and a slump in demand for diesel cars.

Registrations dropped 2.4% to 2.31 million vehicles, the lowest tally since 2013, the Society for Motor Manufacturers and Traders said in a statement Monday, citing preliminary data. While gains in December hinted at a recovery in confidence, the industry group forecasts a further annual slide in 2020.

The decline from record sales in 2016 has been partly triggered by the saga of Britain’s break from the European Union, with confusion around exit dates and terms of the split hurting consumer sentiment. Diesel-model sales have been hit by mixed messages over their future, with registrations down 22% in 2019.

“It has been a turbulent 12 months," SMMT Chief Executive Officer Mike Hawes said at a briefing in London. “There’s still hesitancy and it will take a while for this to unfold for the market and consumer confidence."

A clear victory for Prime Minister Boris Johnson in the Dec. 12 general election delivered some certainty over the future and boosted car buyers’ confidence somewhat, with a 3.4% rise in sales for the month, according to final figures.

At the same time, Brexit remains the biggest worry for automakers in the U.K., with the possibility of an exit without a trade deal at the end of this year leading to EU tariffs that would undermine exports. “There may be some light at the end of the tunnel but it’s a dull, flickering one at that," Hawes said.

Registrations for 2020 are likely to fall by a further 1.6%, according to SMMT projections.

Average carbon dioxide emissions from newly purchased vehicles rose 2.7% to 127.9 grams per kilometer in 2019, the third straight gain, largely as a result of the flagging popularity of diesels, which can produce about 20% less CO2. Such models have seen their U.K. market share slump from almost half to 25% since 2017 after government tax hikes aimed at improving air quality.

Alternative-fuel autos reached a record market share of around 7.4% as sales of battery-powered vehicles completely lacking in combustion engines -- like Nissan Motor Co.’s Leaf -- more than doubled. At the same time, demand for plug-in hybrids plunged about 18%.

Hawes called for steps to further boost the popularity of low-emission cars, such as tax incentives and increased investment in charging infrastructure.