Try a Tesla: Elon Musk to Monica Lewinsky, caught in a Tesla vs Subaru dilemma 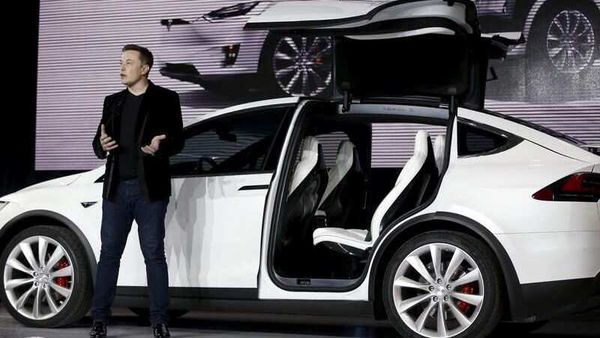 Tesla or Subaru? Former White House intern, now an activist, Monica Lewinsky is caught in a dilemma as she plans to buy a new car for herself.

On Thursday, 47-year old Lewinsky took to Twitter to share her thought and tried to garner public opinion to help her decide what to buy. She wrote, "So very me. Can't decide between a Subaru or a Tesla." Her tweet started an online debate between Tesla and Subaru cars.

so very me.
can’t decide between a subaru or a tesla.

Lewinsky, who shot to fame for her sexual relations with former President Bill Clinton during her internship at the White House, received plenty of feedback on Twitter to end her dilemma. Many of her followers advised her to go for a Subaru car, saying that Tesla only makes electric vehicles, while the choices are wide when it comes to Subaru.

Incidentally, Lewinsky has already been owner of a Subaru car in the past. She tweeted that "i actually had a used subaru outback that was worth $1200 in parts by the end of college!"

What Lewinsky may not have expected was a sweet deal from Tesla CEO Elon Musk, which is too good an offer to refuse. Musk’s offer stood pretty simple: "Try a Tesla & you're welcome to give it back if you decide you prefer a Subaru."

Formula 1 racing executive Mark Gallagher also advised Lewinsky to pick a Tesla car, saying it is ‘better to be electrifying than a fossil’.

Better to be electrifying than a fossil. 😉

Lewinsky did not reply to Elon Musk’s offer, at least not on Twitter. But Musk’s offer to try a Tesla car had a lot of other Twitter users interested. Some even asked, “Does that go for the rest of us, Elon…?"

Does that go for the rest of us, Elon..?

However, Elon Musk decided to ignore such queries, for obvious reasons.

As for Monica Lewinsky, it remains to be seen if she takes a test-ride on a Tesla, or stick to a Subaru. Or decide on a different brand altogether.