The traffic between the two cities of Jammu and Kashmir was suspended on January 10 after a portion of the road caved in near Kela Morh in Ramban, hours after the 270-km highway was opened.The material for the bridge was brought from different parts of Kashmir and Kishtwar district in 30 trucks.
By :
| Updated on: 17 Jan 2021, 09:43 AM 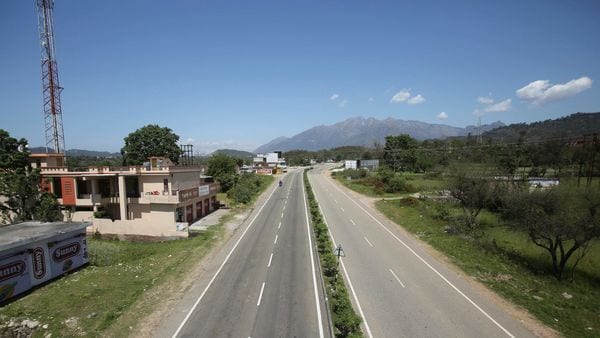 The construction of a Bailey bridge at Kela Morh on the Jammu-Srinagar national highway has been completed and a trial run carried out successfully, paving the way for resumption of traffic on the strategic road, the Border Roads Organisation (BRO) said on Saturday.

The traffic between the two capital cities of Jammu and Kashmir was suspended on January 10 after a portion of the road caved in near Kela Morh in Ramban, hours after the 270-km highway was opened. The road was closed for over a week earlier owing to heavy snowfall and multiple landslides.

An official spokesperson said the traffic on the 270-km highway, the only all-weather road linking Kashmir to the rest of the country, was restored with the completion of the construction of the Bailey bridge.

Earlier, Chief Engineer, Project Beacon, Brigadier I K Jaggi said, "We have accomplished the completion of the vital bridge in just 60 hours. Traffic can ply on it as the trial run was successful on Saturday."

Officials said the 120-foot-long bridge can carry 40 tons of weight and the BRO deployed men and machinery that worked day and night despite the severe cold for the completion of its construction.

"The trial run was conducted at 2.45 pm and traffic was allowed to pass in a regulated manner after giving some final touches and verification," the official spokesperson said.

Brigadier Jaggi said the material for the bridge was brought from different parts of Kashmir and Kishtwar district in 30 trucks.

The deputy commissioner lauded the BRO for erecting the bridge in a record time to restore traffic on the highway.

Meanwhile, a traffic department spokesperson said only the stranded vehicles, including trucks carrying essential commodities to Kashmir, were allowed to ply after the reopening of the highway.

"Subject to fair weather and better road conditions, one-way traffic shall be allowed from Srinagar towards Jammu on Sunday. No vehicle shall be allowed in the opposite direction," he said.

The traffic on the highway plies alternatively from Srinagar and Jammu owing to the ongoing work of a four-laning project.