Toyota’s group sales, which include those of its subsidiaries Daihatsu Motor Co. and Hino Motors Ltd., for the year were 9.53 million units.VW Chief Executive Officer Herbert Diess initiated a strategic shift to focus on lifting profitability rather than chasing sales growth.
By :
| Updated on: 28 Jan 2021, 10:54 AM 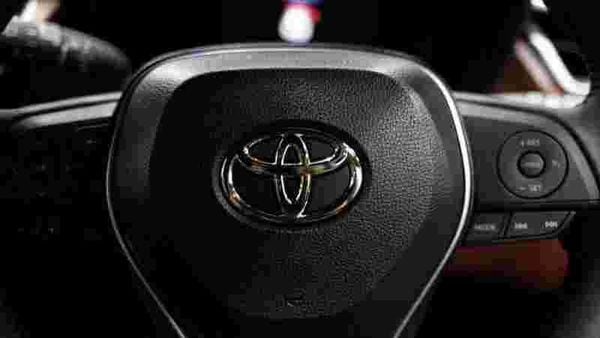 Toyota Motor Corp. overtook Volkswagen AG in 2020 to become the world’s top-selling automaker, the first time the Japanese group has clinched the position in five years.

Toyota’s group sales, which include those of its subsidiaries Daihatsu Motor Co. and Hino Motors Ltd., for the year were 9.53 million units, the company said Thursday. That compares with VW’s 9.31 million, announced earlier this month.

The victory for Toyota came despite a painful year for automakers. Although demand for cars recovered marginally toward the end of 2020, industry-wide factory and showroom shutdowns in the spring were enough to drag sales down 14% from 2019, according to an estimate from IHS Markit.

It was also a topsy-turvy year in which the gravity of automakers’ losses was largely determined by their level of exposure to the regions most disrupted by the virus.

VW has a strong footprint in the European Union, where passenger car sales fell an “unprecedented" 24% to fewer than 10 million units in 2020, according to the European Automobile Manufacturers Association. The German carmaker’s sales fell 15%, its worst performance in close to a decade.

VW Chief Executive Officer Herbert Diess initiated a strategic shift after he took over the top job in 2018 to focus on lifting profitability rather than chasing sales growth. VW’s return on sales has been lagging behind Toyota for years and the market slump triggered by the Covid-19 pandemic a year ago exposed the German manufacturer’s relatively high costs.

Toyota, on the other hand, has a bigger presence in the U.S., where total car sales in the nation fell 15% in 2020. The Japanese automaker’s global sales were down 11%. Although the U.S. has the most Covid deaths and cases, there haven’t been the same lockdowns as in Europe.

“Naturally the number of units sold was lower than in the previous year because of the spread of coronavirus," Toyota spokeswoman Chisato Yoshifuji said Thursday. “But because Toyota and its partners were able to thoroughly implement measures to combat the spread of the virus, we were able to continue our corporate activities and keep yearly declines at the level they were," she said.

Prior to 2020, VW outsold Toyota in every year since 2015. But the two companies’ results last year may be indicative of a longer-term trend, according to analysts.

While VW is expected to temporarily surpass Toyota again in 2021, Toyota is projected to pull ahead each year through 2025, IHS Markit said. VW’s push to produce more electrified vehicles should lead to a sales spike this year, but prolonged lockdowns and shop closures in its domestic market will continue to have an adverse impact, analyst Yoshiaki Kawano said.

Kawano said Toyota will continue to enjoy strong sales in its core markets of Japan and the U.S. In China, the world’s largest car market, it should “put up a good fight" by pushing out more EVs and SUVs in line with local demand, he said.

Although a number of factors such as the continued spread of the virus and a global chip shortage will persist in 2021, IHS Markit estimates auto sales will recover steadily to 84.4 million units from 76.8 million in 2020. Global car sales are expected to touch 94.8 million in 2025.