Toyota is planning to incorporate the same hydrogen-powered combustion engine that is used for its Corolla model.Toyota is also gearing up to introduce its all-electric lineup in 2022.
By : HT Auto Desk
| Updated on: 25 Sep 2021, 01:49 PM 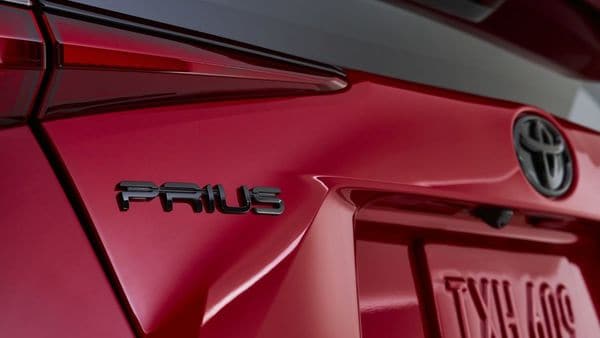 Toyota will also be bringing its next Prius model by the end of next year which will constitute an internal combustion engine and an electric motor powertrain.

The adoption of hydrogen cells in vehicles is gaining momentum and in tune with this, Toyota Prius may get soon get a hydrogen-powered combustion engine, as per a report by Best Car. The hybrid version of the popular model which was introduced back in 2015, has undergone multiple refreshes as well as special editions since then.

The report also adds that Toyota may use the same hydrogen-powered combustion engine that is used for its Corolla model in the next Prius hybrid setup. Though it may take quite some time to make this a reality. The report informs that customers may expect the hydrogen-powered Prius PHEV by 2025.

A previous report by Forbes also reported something similar when Toyota showcased its Corolla model with a hydrogen-powered combustion engine. It has also been reported that the automaker touts the use of hydrogen to fuel the combustion as this helps to limit carbon emission.

Toyota will also be bringing its next Prius model by the end of next year which will constitute an internal combustion engine and an electric motor powertrain but in terms of exteriors, customers can expect a new revamped design.

The automaker is taking its electrification goals quite seriously. It has planned to invest more than $13.5 billion through the decade in order to develop batteries for electric vehicles. It also aims to establish a supply system of stature that will help the brand to become a leader in key automotive technology by 2030. Toyota is also getting ready to introduce its first all-electric lineup next year.