Toyota said last month it would make face shields and masks at idled factories in the U.S. and was in talks with at least two companies to assist in the production of breathing ventilators and respirator hoods.
By : Bloomberg
| Updated on: 08 Apr 2020, 08:34 AM 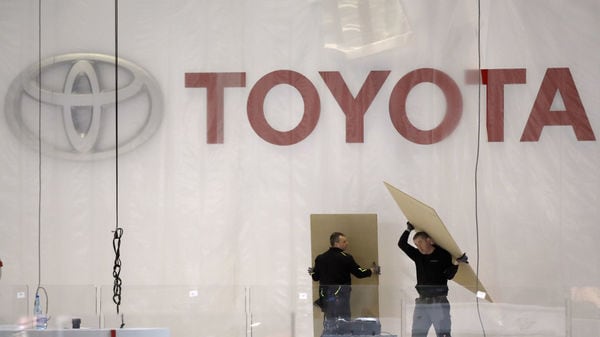 Toyota Motor Corp. has agreed to help boost the output of breathing machines in Japan, Prime Minister Shinzo Abe said, joining other automakers in a global effort to combat the spread of the coronavirus.

The country’s largest carmaker will help secure at least 20,000 ventilators, Abe said in a televised interview Tuesday. Hours before the remarks, he declared a state of emergency in Japan following a spike in virus cases.

“Toyota and other firms have agreed to cooperate in regard to the manufacturing," Abe said on the TV Tokyo broadcast. The prime minister said Japan has about 8,000 ventilators available but is looking to add as many as 15,000 more, including from suppliers overseas.

Representatives for Toyota in Japan were unavailable for immediate comment.

General Motors Co., Ford Motor Co. and Tesla Inc. all are aiding U.S. efforts to funnel much-needed medical hardware to hospitals overloaded with patients infected with the virus. Some have dubbed their initiative “arsenal of heath," evoking the World War II-era “arsenal of democracy" campaign in which automakers shifted their production to munitions from cars.

Toyota said last month it would make face shields and masks at idled factories in the U.S. and was in talks with at least two companies to assist in the production of breathing ventilators and respirator hoods.

The carmaker plans to provide manufacturing, logistics and supply-chain know-how to ventilator makers it declined to name but won’t actually make the breathing machines itself, a U.S.-based Toyota spokesman said Tuesday.

Toyota has halted production at all plants in Europe and North America through April 20 and also has been forced to curb some output at factories in Japan and elsewhere in Asia.