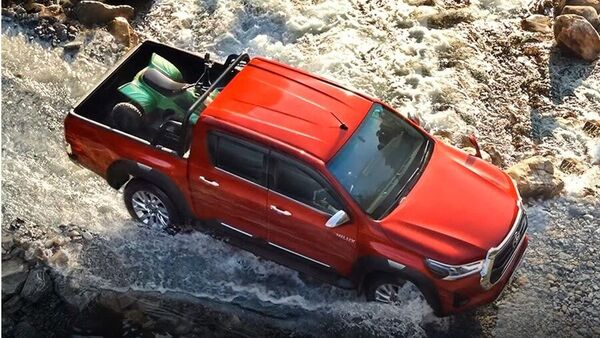 Toyota Hilux has been officially launched in the Indian car market at a starting price of ₹34 lakh (ex showroom) for the base Standard variant with manual transmission. The High variant with manual transmission is priced at ₹35.80 lakh (ex showroom) while the top-of-the-line High variant with AT is priced a lakh more expensive. The Hilux enters the rather nascent pick-up truck space in the country. But Toyota is clearly targeting those with an extravagantly adventurous lifestyle to particularly favour the Hilux.

The Hilux has been around in global markets for several decades with over 20 million units sold in 180 countries. But this is the first time the vehicle is entering Indian shores. “Ever since its launch, the sophisticated Hilux has managed to win the admiration and hearts of the customers with good response," said Tadashi Asazuma, Executive Vice President of Toyota Kirloskar Motor, in a press statement issued by the company. “The Toyota Hilux is the epitome of world-class engineering, unparalleled safety, and best-in-class comfort, all perfectly channeled to create the incredible lifestyle utility vehicle for those who enjoy adventure, thrill, and creating enduring memories with friends and family." 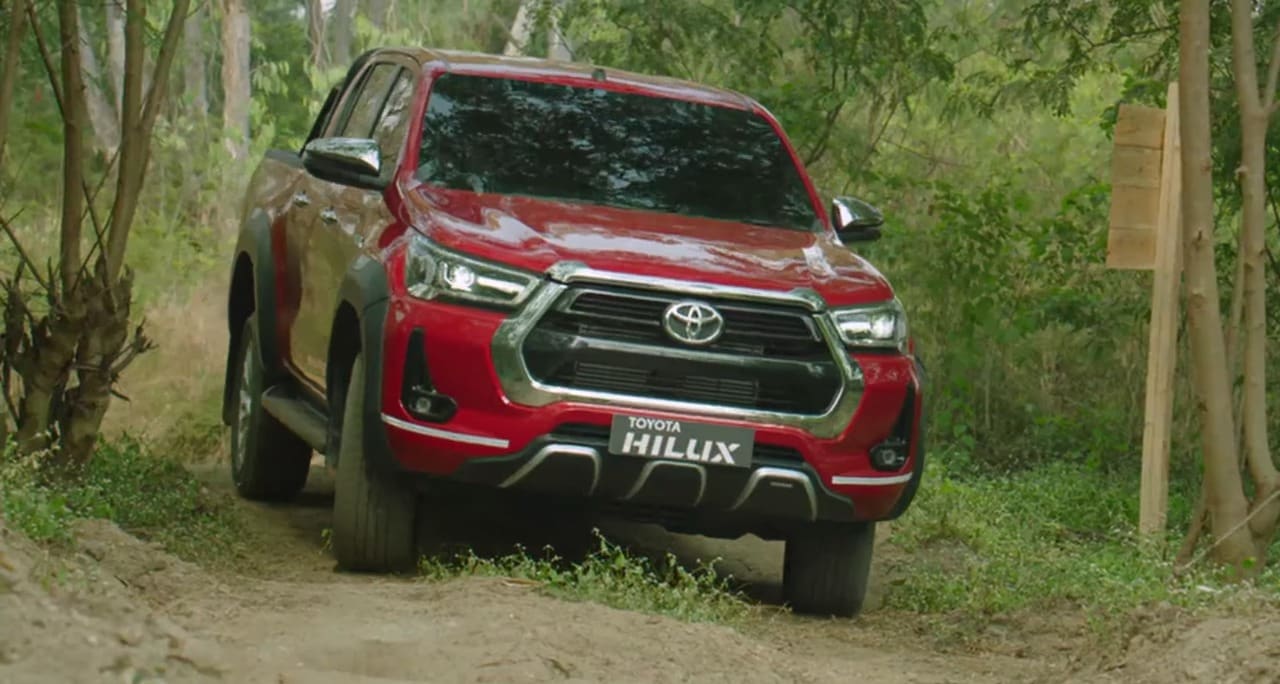 Bookings for the Hilux were opened earlier this year for between ₹50,000 and ₹1 lakh at dealerships but it had to be paused soon after because of a stronger-than-expected response.

Powering the India-spec Hilux is a 2.8-litre four-cylinder turbo-diesel engine which is mated to either a six-speed manual or a six-speed automatic transmission unit. The engine produced 201 bhp and offers 420 Nm of torque which is what is primarily responsible for its ‘go-anywhere’ credentials.

The Hilux also has a water-wading capability of 700 mm. For reference, this figure on the more affordable Isuzu D-Max is up to 800 mm while for the much more expensive Defender from Land Rover, it is at 900 mm.

Hilux has a cabin set-up which has space for a driver and four passengers. The five-seat set up promises to offer comfort regardless of the kind of terrain the vehicle may be negotiating. There is an eight-inch main infotainment screen with support for Android Auto and Apple CarPlay, soft-touch leather upholstery and dual-zone climate control, among other highlights. 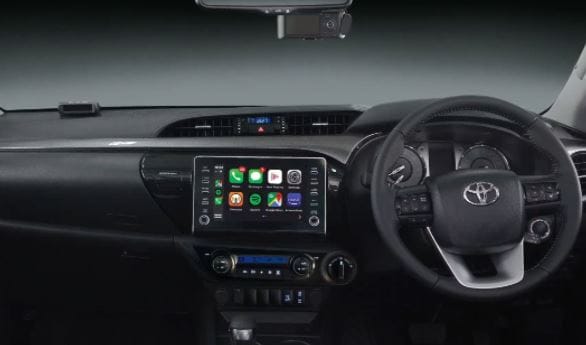 A look at the dashboard layout of the Toyota Hilux.

Hilux is more expensive than some of its indirect rivals that it will go up against. The Isuzu V-Cross, for instance, is priced between ₹19 lakh and ₹25 lakh (ex showroom).

That said, the Hilux is also promising to be more capable, more comfortable and more connected and is being backed by a robust Toyota sales and post-sales network across the country. The product is also available in four exterior colour options - Emotional Red, White Pearl, Silver Metallic, Super White and Grey Metallic.