Toyota is on its way to explore and achieve their goals in relation to self-driving technologyLyft Inc will receive $200 million cash and $350 million will be paid over a period of five years
By : HT Auto Desk
| Updated on: 27 Apr 2021, 03:46 PM 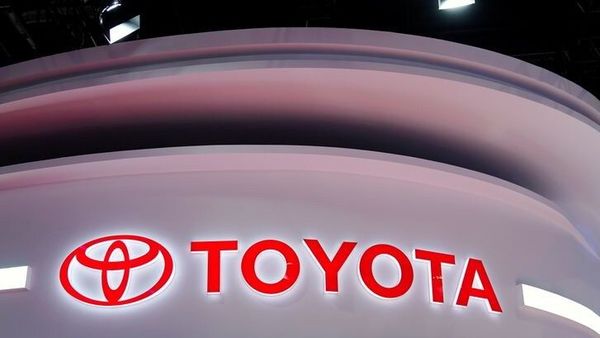 Lyft Inc sold its self-driving technology unit to Toyota Motor Corp for $550 million. With this acquisition, the Japanese carmaker is ready to step up its automation goals with its recently created Woven Planet division. The acquisition of Level 5 automation will also provide Toyota access to more than 300 employees of Lyft's essentially complete autonomy technology division.

“This is the first step of establishing and bringing together the people. Obviously building technology and product requires people, and that's much what this acquisition is about," Woven Planet chief executive James Kuffner said as reported. According to reports Kuffner added that this move will position Toyota directly in the Silicon Valley, London and also help it to expand the smart-city project, Woven City at the base of Mt. Fuji.

Kuffner also said Woven Planet, which was set up in January, intends to continue investing and growing the team, however, he refrained from saying anything about any timeline or future acquisition plans. According to reports, Takaki Nakanishi, an auto industry analyst and chief executive of the Nakanishi Research Institute, said that this move will help Toyota to achieve its goals which includes development of self-driving technology.

Toyota owns a stake in Didi Chuxing, China’s top ride-hailing firm and also Southeast Asia’s Grab. Earlier it had a stake in Uber Technology Inc, Lyft’s larger rival, but transferred it after Uber sold the unit to a car startup Aurora in December. The company said in February that it will make autonomous minivans with Aurora and Denso Corp, the brand’s long time supplier partner, for ride-hailing networks. This deal will help Lyft to put its focus back on its core business after a demoralizing pandemic year. Out of $550 million, it will receive $200 million cash upfront and the rest of the amount will be paid over a term of five years. However, the organization did not share how it plans to invest the funds. About $100 million of the net operating cost will be removed through this sale, said Lyft. The company plans to carry on its work on utilization of autonomous vehicles by offering various services such as customer interface, routing, cleaning and maintenance partners’ autonomous vehicle fleets. This move will increase their revenue, the company added.

Lyft in partnership with Motional and Alphabet Inc’s Waymo which is a joint venture between Hyundai Motor Co and Aptiv allows customers to book self-riding vehicles in selected cities. The firm will continue to collect real-world driving data through some 10,000 vehicles which it rents out to customers and ride-hail drivers which will also be shared with Woven Planet.

Despite being a self-driving service provider, Lyft believes that human ride-hail drivers will remain important as they help customers during bad weather, peak demand hours or areas where self-driving cars face difficulty to navigate.