Home Auto News Times They Are A Changing: Why Music Icons Are Performing Live In Front Of Cars

Times they are a changing: Why music icons are performing live in front of cars

Artists the world over are adjusting to taking the stage and performing in front of parked cars. Their fans may not be able to shake a leg but most feel sitting inside their vehicles at a concert is better than no concert at all.
By : HT Auto Desk
| Updated on: 16 May 2020, 09:37 AM 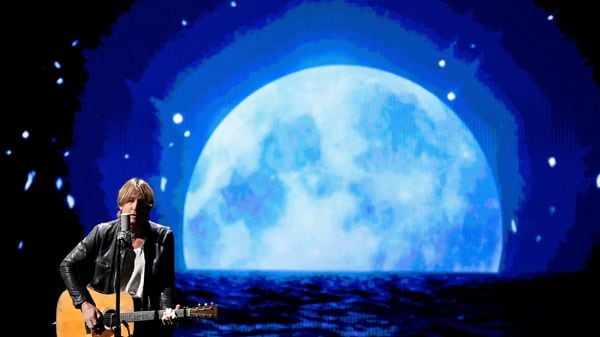 File photo of Keith Urban performing at a concert.

When Country music star Keith Urban came out to perform at a drive-in movie theatre in Nashville recently, not many inside some 125 cars expected to be treated to a concert. Their surprise though quickly turned into jubilation as the artist performed on stage with one other musician.

The movie-goers at Stardust Drive-In may not have been able to enjoy the music as much from inside the confines of their vehicles but as current times go - something must have been far better than nothing at all as music concerts are increasingly taking a completely new form with social distancing norms being advertised the world over.

And vehicles are becoming not just the means to reach such concerts but to enjoy them as well.

Urban's performance on Thursday night may have been the first such drive-in concert in the United States but the trend has already caught on in many other countries.

(In pics: From weddings to Starbucks and more, how cars are the new social hub)

In the last week of April, Danes drove their vehicles to one such concert in Aarhus to enjoy a live session from the comfort of their cars where artist Mads Lander strummed his guitar. Attendees were asked to tune in to a particular FM channel which would then put out the music through the car speakers. Lander would later post on his Instagram account that he was glad to have been able to perform for people, even if they were sitting inside cars.

German singer Heino also performed at a similar event in Bonn where hundreds of car lined up neatly to watch the pop icon perform. It may have been extremely unusual for the 81-year-old artist to only have cars in front of the stage but that hardly affected his performance.

Such drive-in concerts are becoming increasingly frequent as such events in their traditional form could prove to be a hotbed of Covid-19 spread. While there is a school of thought that claims that a live concert cannot be enjoyed from inside a vehicle and from the in-built speakers, most others say that a pandemic is just the real reason to spread cheer in gloomy times and drive-in concerts provide hope that life is normal.