Thousands of petrol pumps won't purchase from OMCs today. Is a refill at risk?

Fuel pump owners allege dealer margins have not been revised since 2017 even though petrol and diesel prices have increased significantly since then.
By : HT Auto Desk
| Updated on: 31 May 2022, 09:28 AM 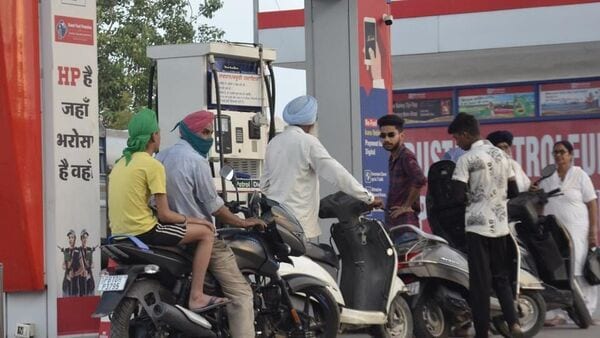 Thousands of fuel pumps across the country have decided to not buy petrol from oil-marketing companies (OMCs) on Tuesday to protest against no upward revision in their commission at a time when petrol and diesel prices in the country have increased. According to reports, around 70,000 fuel stations in 24 states have opted to snub buying fuel for a day in a message of angst to OMCs but it is unlikely to have an impact on daily sales of fuel because fuel pumps usually have a stock that would last around two days.

(Also read: Want petrol? Be ready to spend 12 hours in queue if in Sri Lanka)

According to a report in Live Mint, fuel stations in states like Delhi, Punjab, Haryana, Rajasthan, Himachal Pradesh, Gujarat, Andhra Pradesh, Tamil Nadu, Mizoram, Nagaland, Manipur, Tripura, Sikkim, Maharashtra and a few in Uttar Peadesh have chosen to protest against the fact that their commission has not seen a hike despite fuel prices rising in recent times. Retail sales or sales made to motorists, however, will be open as per regular schedules. It is important to note here that participating fuel stations will remain open.

The bulk of the anger stems from the charge made by dealer associations that dealer margins have not been hiked since 2017 despite an agreement with OMCs that these would be adjusted every six months. "The prices of fuel have almost doubled since 2017, hence the working capital in business has doubled leading to additional loans and bank interests thereupon," a statement from the dealers' association read. “Our constant demand to revise dealer commission has been overlooked by the OMCs. By doing so OMCs are making its own network financially unviable."

So what is the dealer margin at present? For each litre of petrol that one buys, the fuel station earns a commission of ₹2.90 while it is ₹1.85 for each litre of diesel sold.

Dealers also say that the recent cut in excise duty on both petrol and diesel have compounded their losses even if they agree that relief to consumers was and is a welcome move. It is stated that fuel stations across India suffered losses to the tune of ₹2,100 crore after the latest reduction in fuel prices - on May 22. This is because they bought fuel at a higher duty but now had to sell at lower prices.