The uber-luxurious Rolls-Royce Phantom in Italy has been seized by the authorities because it used illegal crocodile leather inside the cabin for seats and upholstery.The car was customised by an aftermarket shop and reportedly being imported to Italy from Russia.
By : HT Auto Desk
| Updated on: 31 May 2021, 17:13 PM 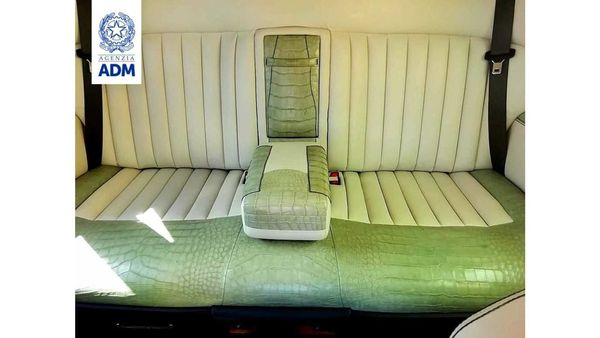 Italian customs have seized an uber-luxurious Rolls Royce Phantom as it was revealed that some of the interiors of the luxury car were upholstered in the aftermarket with the skin of an endangered crocodile, as reports by LuxuryLaunches suggest. That is certainly something you won't find in the official company brochure.

It is not very uncommon for car buyers to use a third-party shop to customize a vehicle, especially when it comes with an emotional purchase like a luxury car. The sky becomes the limit for many luxury car owners when it comes to the customisation of a vehicle.

Rumour is that the particular crocodile leather upholstered Rolls Royce Phantom was meant to be imported to Italy from Russia. In Italy, it was supposed to be resold in an exotic car showroom in Rome. However, the Italian customs detected it and confiscated the car.

This is not the first time a super exotic car like a Rolls Royce Phantom has been outfitted by custom fitters not affiliated with the company, with rare earth materials. However, this is probably the first time a crocodile leather upholstered model has been reported.

As the reports suggest, the interior of the confiscated Rolls Royce Phantom also gets Hermès leather and Hawaiian koa wood on the dashboard, both of which are perfectly legal though. The owner of this particular Rolls Royce is likely to face heavy fines and will probably have to remove the interior as well.

Crocodiles are listed as protected species under the Washington Convention on International Trade in Endangered Species of Wild Fauna and Flora (CITES). Goods can legally be built from crocodile and alligator leather, but that requires a certificate from CITES, which allow it to be used in the 160 countries under its jurisdiction.