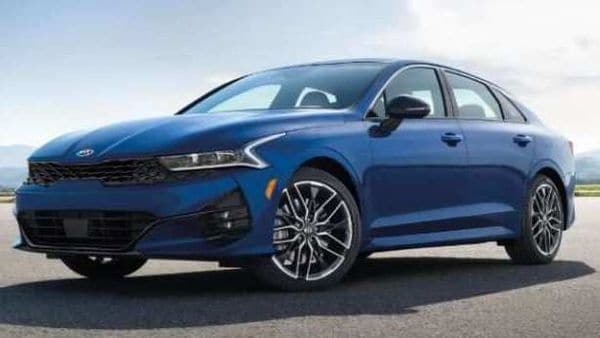 Kia Motors is doing all it can to grab eyeballs for its sporty mid-sized sedan, the all-new 2021 K5. The carmaker has showcased its turbocharged K5 perform a 360-degree flat spin stunt between two ramps with a very hard but smooth landing.

The K5 is seen flying mid-air as it takes off from one ramp and lands on the other. It is speculated that some chassis and suspension modifications may have been made to ensure that the Kia sedan is able to perform the stunt smoothly.

The creative stunt campaign is a part of Kia's partnership with America’s Got Talent and the 72nd Emmy Awards Telecast. The 'K5 Live' series stunt seeks to inject a dose of energy and electricity into an otherwise stale sedan category. "The Kia K5 is like nothing else in the category and we looked for high-profile partners to create a series of events and creative elements that showcase our most powerful midsize sedan ever," Russell Wager, Director - Marketing Operations at Kia Motors America had earlier said.