This $19,800 converted 1969 Volkswagen Beetle is the perfect mini camper 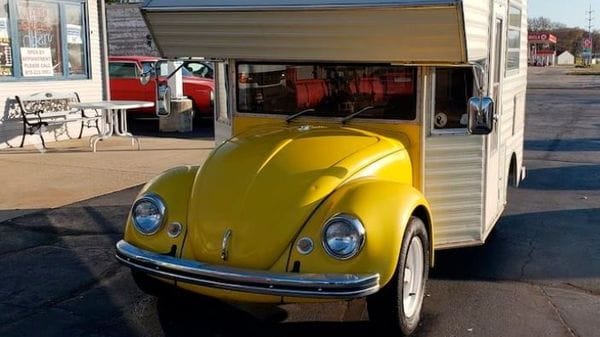 With the threat of coronavirus continuing to loom all around the world, it is still rather risky to travel. As such motorhomes are coming as a rescue for those who cannot wait to go on a vacation. While most motorhomes are massive, expensive and can be tiresome to maintain, mini campers can be the perfect solution.

Online auction website Mecum recently sold an original Yellow Volkswagen Super Bugger camper, that was built by converting a classic 1969 Beetle into a motorhome, for $19,800. The conversion was done by the owner in 1977 when a California-based company started advertising the Super Bugger kit to convert a classic Beetle into a tiny camper, as per a report by Silodrome.

The only part of the mini camper that exposes its donor - the Volkswagen Beetle - is its hood. The interior of the camper is straight out of 1970s, featuring Brown and Beige carpeting and old-looking curtains. The walls have wood paneling and there's a small opening in the ceiling that provides some ventilation. 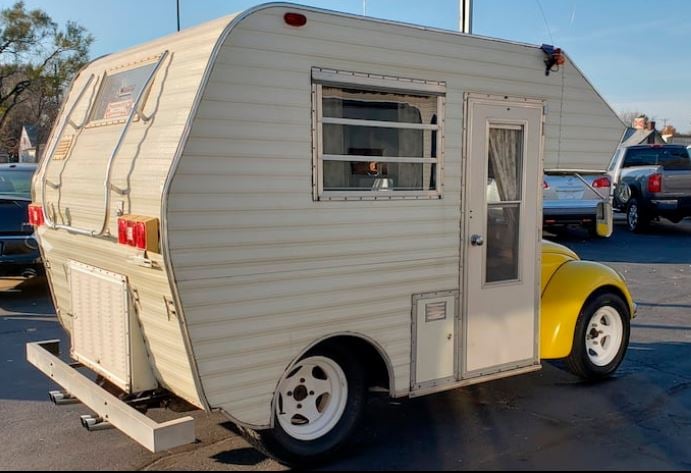 The cabin of the camper, that can accommodate only two people, also includes a tiny sink and cooktop. There is also an outside stove and propane set-up. The old-school camper does not have a fancy infotainment system but there is an AM/FM radio to provide entertainment on the trip.

This Volkswagen Super Bugger camper uses a 1.6-liter flat-four 1600cc engine sourced from a 1973 Super Beetle. The power runs through a four-speed manual transmission and there is a modified suspension that supports the extra weight from the camper. The camper has been fitted with new Continental tyres with wider rear tyres for stability.

This rare mini motorhome has been featured in various magazines such as the Mechanix Illustrated Magazine in 1977 and a local Freeport Illinois paper.