Tesla's German factory will not start production until next year: Report

Tesla is also awaiting permission from the German authorities after its original application for the production facility underwent some changes.
By : HT Auto Desk
| Updated on: 02 May 2021, 06:30 PM 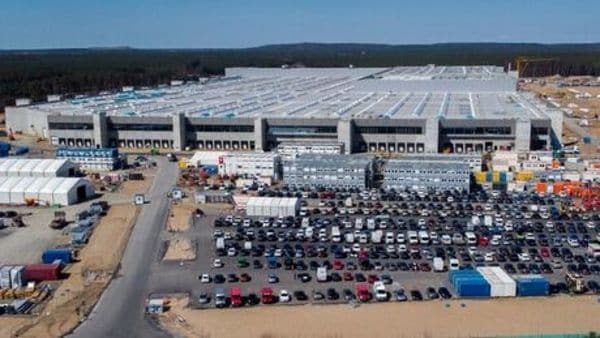 File photo - The construction site of the new Tesla Gigafactory for electric cars is pictured in Gruenheide near Berlin, Germany.

Tesla Inc.’s German factory will not be able to start production before the end of January next year, as per a report by a German trade magazine. This is a result of the delays in battery pack production. According to the report, Tesla’s CEO Elon Musk gave the team in charge another six months to complete the project.

Its other projects at the Berlin site which includes a paint shop and a body stamping line are at an advanced stage. Recently, Tesla had said that its German factory will start its production by late 2021 and it had also added that the plant will be ready by July. However, that doesn't seem to be the case.

The electric carmaker is also awaiting permission from the local authorities after its original application for the plant underwent some changes. It was recently reported that Tesla wanted to incorporate improvements to the plant and also wanted to add a facility to make battery cells but the state environment ministry said that the scope of adjustments was unclear and therefore the body didn’t know how long it will take to process the approval.

Various lawsuits filed by environmental groups which account for concern about water usage and endangering local wildlife with the ongoing pandemic has brought the process to a stagnant state. Musk had undergone numerous question-and-answer sessions because of the objections raised by these environmental groups. The electric carmaker also did not shy away from publicly criticising the lengthy process of approval.

Tesla has been sailing in the rough sea for some time now. The fatal car accident in Texas and the protest by a woman who climbed atop a Tesla model at the Shanghai Auto Show to claim that her Tesla car had faulty brakes have brought the popular electric carmaker under some serious scrutiny.