Tesla topped Volkswagen AG in market value for the first time in January.The company is now the No. 2 automaker in the world by that measure, trailing only Toyota Motor Corp.
By : Bloomberg
| Updated on: 12 Mar 2020, 10:54 AM 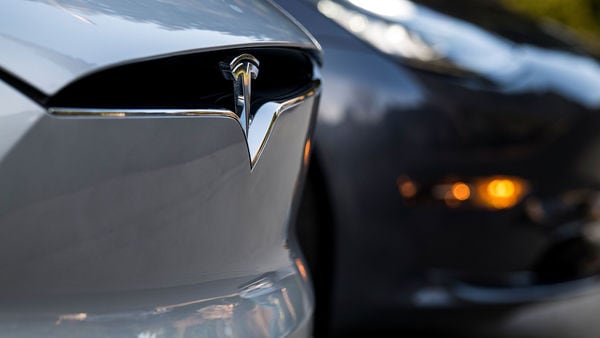 Tesla Inc. briefly passed Boeing Co. as the most valuable industrial company in the U.S., marking a dramatic new milestone in the electric-car maker’s rally this year amid widespread stock volatility.

Tesla’s market capitalization exceeded Boeing’s by about $83 million as of 10:35 a.m. Wednesday in New York trading, according to data compiled by Bloomberg. Shares of Boeing, which have tumbled amid coronavirus concerns and the ongoing grounding of the plane maker’s best-selling 737 Max jetliner, plunged as much as 11% to the lowest intra-day since July 2017.

Boeing is just the latest manufacturing stalwart and industry bellwether to be elbowed aside by the maker of the Model 3 sedan. The achievement is a particularly satisfying one for Chief Executive Officer Elon Musk, who competes in the rocket-launch sector with another of his companies, Space Exploration Technologies Corp.

Tesla shares have surged more than 50% this year following two straight quarters of better-than-expected earnings. The company topped Volkswagen AG in market value for the first time in January and is now the No. 2 automaker in the world by that measure, trailing only Toyota Motor Corp.

Boeing, meanwhile, is struggling with dwindling cash, a battered reputation and government probes of the Max debacle as it tries to emerge from one of the worst crises in its history. The manufacturer is planning to draw down the full amount of a $13.825 billion loan as early as Friday as it grapples with worldwide travel disruptions springing from the virus, people familiar with the matter said.