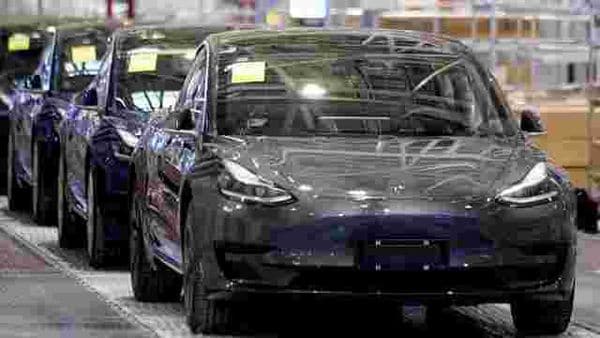 Tesla Inc. is wrapping up its biggest week in three months as news that Elon Musk’s electric-vehicle maker will enter the S&P 500 Index next month sparked a global buying frenzy throughout the electric vehicle sector.

The rally propelled Tesla shares to a new intraday high of $508.61 on Thursday, and made it the best performing stock this week in the Nasdaq-100 Index. The week’s 21% advance marked the company’s strongest performance since Aug 21, and pushed its market value to $470 billion.

Analysts at Goldman Sachs Group Inc said on Friday Tesla’s scheduled Dec 21 entry into the benchmark could result in $8 billion of additional demand from actively managed US large-cap mutual funds. That would represent about 1.7% of the company’s current market capitalization.

Tesla’s transformation from a money-losing startup into one of the largest companies in the S&P 500 handsomely rewarded investors, who have also turned their attention to smaller electric-vehicle companies in the hopes that they too emulate the company’s success.

A stream of positive developments is fueling the sector’s momentum, suggesting the electric revolution in the auto and transportation industries may be coming much sooner than expected. In one example, UK Prime Minister Boris Johnson this week called for phasing out gasoline and diesel-fueled cars entirely by 2030.

That pledge follows a similar commitment by US President-elect Joe Biden to create systems promoting clean energy and electric vehicles, suggesting growing coordination among governments globally to develop this industry.