Tesla sets yet another record, delivers 201,250 electric vehicles in Q2 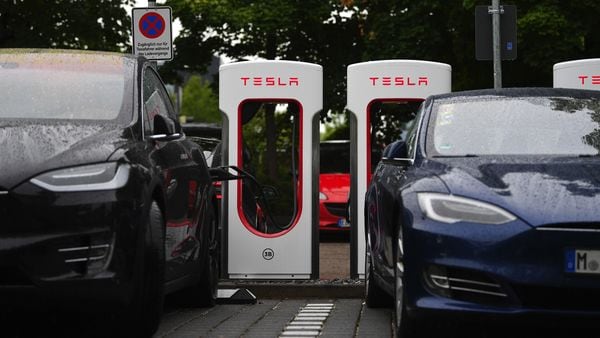 There may be no stopping Tesla as it charts its way towards extending its absolute dominance in the world of electric vehicles (EVs). Tesla on Friday reported that it had delivered 201,250 cars, seeing a new record even as CEO Elon Musk himself had previously urged employees to focus on meeting delivery targets.

China remains a very vital market for Tesla and while the California-based EV maker does not put out region-wise sales figures, it can be safely assumed that China would have once again been a key propeller of prospects. Tesla currently sells the enormously popular Model 3 and the Model Y cars here. These EVs are manufactured at its Shanghai facility - first Tesla plant outside of the US - and this facility has also become a hub from where cars are exported to several European markets.

Closer home, Tesla has only gone on to increase its firm grip in the US' EV scene even though rivalry from traditional car makers like Volkswagen and Ford has increased.

Musk and Tesla have made it quite a habit to set and then break delivery records. There was a time in the not too distant past when skeptics repeatedly questioned ambitious targets but even critics have mostly been muted in recent times.

While records may work really well for Tesla, there are niggling issues with quality that have been reported in the US as well as in China. Then there are issues pertaining to the much touted AutoPilot or self-drive systems in the car. In China, in particular, there have also been doubts about the on-board cams in Tesla vehicles which can be used to gather and send out sensitive data. Musk and Tesla China team has clarified these systems aren't active in the country.