Tesla’s stock price has jumped more than 17% in two trading sessions after S&P Dow Jones Indices on Monday made the long-awaited announcement that the company will be added to the benchmark
By : Bloomberg
| Updated on: 19 Nov 2020, 11:11 AM

A bird flies over Tesla Inc. signage at a store in San Francisco, California, US.

The ardent believers in Elon Musk’s vision have been rewarded handsomely as Tesla Inc. transformed itself from a money-losing startup into one of the biggest companies in the S&P 500.

Now investors are turning their attention toward smaller electric-vehicle companies in the hopes that they too might develop the sort of cult following that helped push Tesla’s market value to $419 billion, more than that of General Motors Corp., Volkswagen AG and Toyota Motor Corp. combined.

Tesla’s stock price has jumped more than 17% in two trading sessions after S&P Dow Jones Indices on Monday made the long-awaited announcement that the company will be added to the benchmark. Some of the strength also came on back of an upgrade at Morgan Stanley, which said the company was on the verge of a “profound model shift" from selling cars to generating high-margin software and services revenue. Increased buying from fund managers and investors track the benchmark U.S. index will also continue to help Tesla shares over the next few weeks.

Shares of Nio Inc., Workhorse Group Inc., Lordstown Motors Corp. and Electrameccanica Vehicles Corp. also jumped sharply this week following Tesla’s S&P entry. Lordstown has risen 28% since the announcement, followed by a 17% increase in Workhorse and a 15% advance in Electrameccanica shares. Those gains added to red-hot rallies in recent months that were fueled in part by China’s renewed focus on building its battery-driven vehicle industry -- a development that has only further convinced many that the global car market will be dominated by electric cars in decades ahead.

“Tesla is an umbrella stock, and as the valuation marches higher, this creates room for multiple expansion in the other e-mobility stocks," Roth Capital Partners analyst Craig Irwin said. He pointed out some small and mid-sized companies that he said might prove to be better investment opportunities, such as hydrogen fuel cell company Ballard Power Systems Inc. and electric bus maker GreenPower Motor Co. Inc. 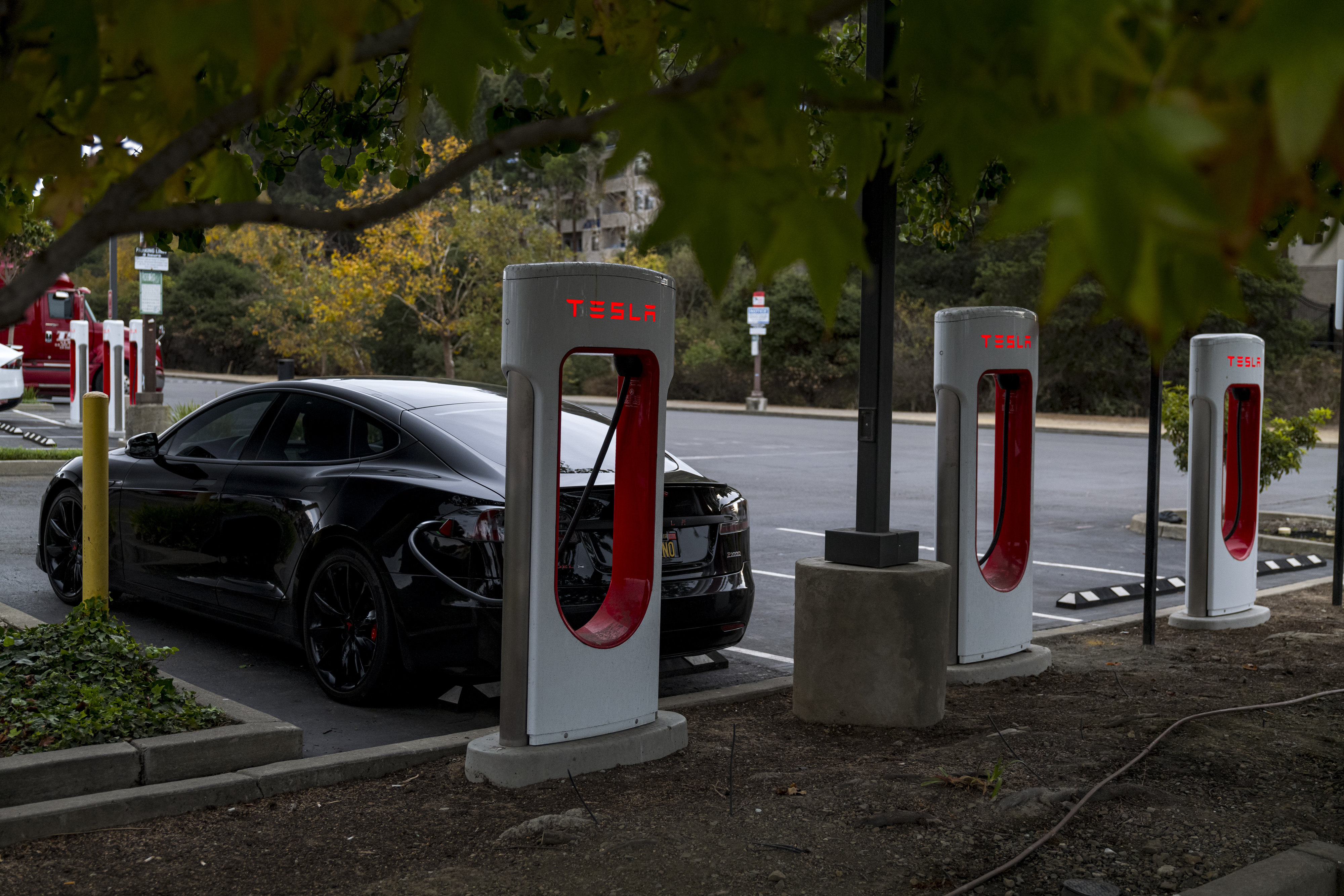 A Tesla Inc. vehicle at a charging station in Richmond, California, US (Bloomberg)

“Ballard is facing accelerating business activity in China on the reinstatement of the China fuel-cell vehicle subsidy, likely supporting $2 billion incremental investment over the next couple years," Irwin said. GreenPower is also getting traction with its electric school bus, and federal money should “start trickling though for them late this year."

Not all of these next-generation EV startups will make it like Tesla has. But still, supportive policies may add to their momentum.

The prospect of a Joe Biden presidency also provided a boost to the shares, given strong promises from the Democrat about supporting the industry by instituting stricter fuel emission standards, expanding tax-based incentives for electric car buyers and building vehicle charging stations.

Yet the stock charts and market valuations of some of the smaller companies often belie that fact that many of them are still far from profitability, and some don’t even have any revenue.

Nio, the Chinese company that crossed monthly sales of over 5,000 units last month, is now worth more than GM, which sold 1.8 million vehicles globally during the three months ended Sept. 30. But investors are willing to look past these near-term hurdles in the hopes of reaping big returns. 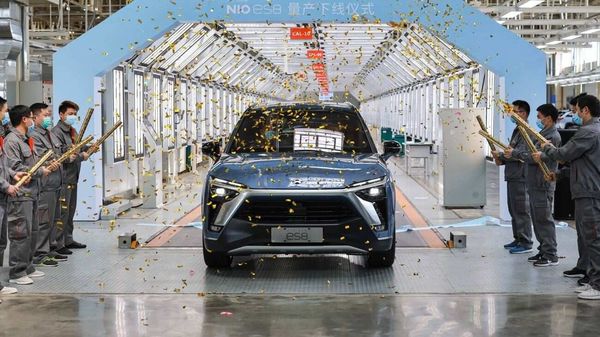 “Tesla’s valuation is too rich, so investors are now looking for the next Tesla," Wedbush analyst Daniel Ives said in a phone interview. While Tesla’s inclusion in the S&P 500 does not change anything fundamentally, “it speaks to how far the industry has come in the last few years," he said.

Companies like Workhorse, Lordstown Motors and Nikola Corp. will reap the benefits of the turning tides, but Ives said that the “next frontier" of the electric vehicle race lies in China -- not only because the country represents a huge market opportunity, but also because of several strong domestic manufacturers.

China could represent up to 40% of overall deliveries for Tesla in 2022, with its Shanghai factory as a major competitive advantage, even as domestic players such as Nio, Byd Co. Ltd., XPeng Inc. and Li Auto Inc. are also “firing on all cylinders," Ives added.

China’s focus on incentivizing electric-car developers -- Beijing wants new-energy vehicles to account for 15% or more of the market in 2025 -- will be a big growth driver for many of the companies, though JMP Securities analyst Joseph Osha said they may not be such a great investment idea given the Biden campaign’s strict language around China and inclination to support U.S. manufacturing.

“There is a lot of ‘Build America’ language in that platform, and a lot of language that is directly and specifically critical of China," Osha said.

One thing they agree on is that electric vehicle stocks still have a long runway ahead.

“There is room in the market for many here to be successful," Roth’s Irwin said.