China is just behind the US in terms of the number of Tesla charging stations installed in the country.Tesla's Superchargers in the V3 version are capable of providing up to 250 kW of power.
By : HT Auto Desk
| Updated on: 24 Oct 2021, 01:27 PM 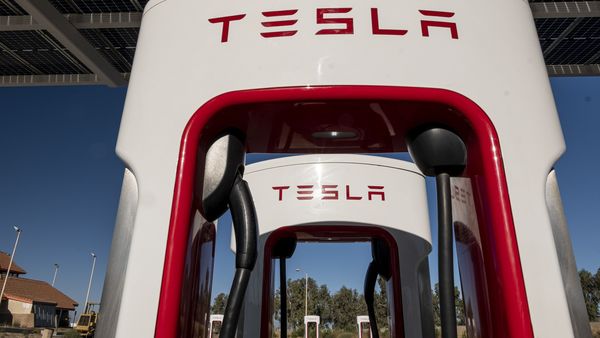 Tesla has reached a milestone of installing 1,000 Supercharging stations in the Chinese mainland, including 100 in Shanghai and 100 in Hainan Province. The company has also come up with a special display to celebrate the milestone, Insideevs reported.

China is just behind the US in terms of the number of charging stations installed in the country and its share is only increasing, that too very quickly. With Tesla's rapid growth in mainland China and the country's pace of adoption of EVs, it is quite possible that at some point, there might be more Supercharing stations in China than in the US. Currently, there are 1,168 stations installed in the US, as per supercharge.info.

Apart from the Supercharging stations, the EV company has also installed more than 700 destination charging points (AC) with some 1,750 individual stalls in China, CnEVPost reported.

Tesla's Superchargers in the V3 version are capable of providing up to 250 kW of power, one of the highest levels in the market. Tesla charging network, however, is successful because of its wide availability of charging locations, integration with the navigation, a simple plug and charge approach and the high reliability.

Tesla is fast expanding its supercharging network to make it easier for customers to adopt electric mobility. Recently, the company opened its first EV Supercharging station in the African continent with four V2 Supercharging stalls with up to 150 kW. Both the charging stations have been opened in the North African country of Morocco, and are located in Tangier and Casablanca.