The average analyst price target on Tesla now stands at $733, which has risen sharply in the past few months as analysts scrambled to keep pace with the skyrocketing shares.
By : Bloomberg
| Updated on: 08 Jul 2020, 10:29 AM 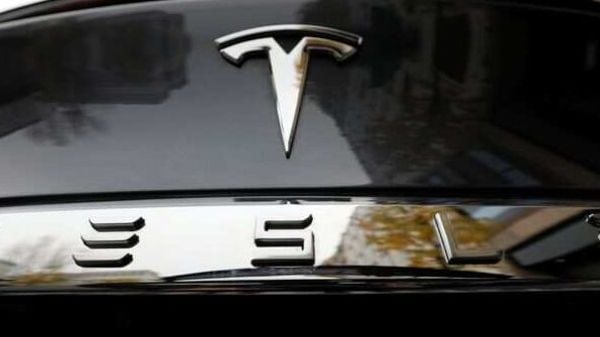 The remarkable rally in Tesla Inc. shares has put Wall Street in a bind. Their price targets are becoming obsolete almost as fast as they are changed, triggering a surge of revisions, yet an overwhelming majority of analysts still recommend selling the stock.

The latest example of this seemingly contradictory stance came from Morgan Stanley on Tuesday, when analyst Adam Jonas lifted the best-case price target for the electric-vehicle maker to $2,070, after the stock’s “extraordinary" run overshot a previous bull-case estimate of $1,200, which was just set less than five months ago.

But the analyst maintained a sell-equivalent rating on the stock, saying that, even though the market has done “more than a good enough job" of discounting the investment opportunity in the company, it has not sufficiently accounted for risks such as its ability to maintain current profit levels in China and “inevitable" competition from technology firms like Amazon.com Inc. and Alphabet Inc. Jonas also lifted his regular price target to $740 from $650, suggesting a potential risk that the stock would fall 46% from Monday’s close.

The average analyst price target on Tesla now stands at $733, which has risen sharply in the past few months as analysts scrambled to keep pace with the skyrocketing shares. At the same time, the split between bullish and bearish analysts has largely stayed the same.

According to Bloomberg data, 16 analysts currently recommend selling Tesla, while 11 advise holding, and 9 say buy. A more striking picture emerges from the range of price targets that these analysts offer. The highest is $1500, suggesting a 9% premium to the last close, while the lowest is $87, representing a 94% decline. 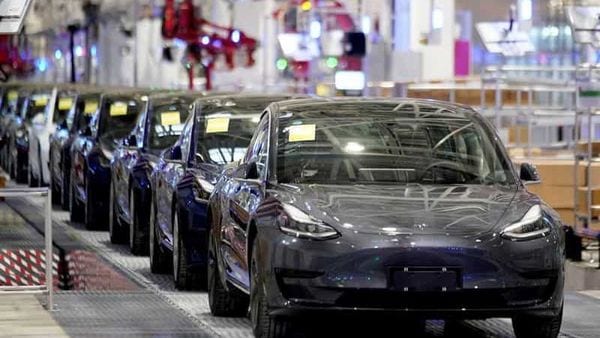 FILE PHOTO: Tesla China-made Model 3 vehicles are seen during a delivery event at its factory in Shanghai, China. (REUTERS)

Disagreements notwithstanding, the general expectation is that Tesla shares will keep climbing in the short term, before eventually succumbing to gravity.

“While we still believe Tesla is fundamentally overvalued, we see nothing to prevent the shares moving higher in the coming weeks and urge our bearish friends to remain in the shelter of their caves," Barclays analyst Brian Johnson, who carries a sell-equivalent rating and a price target of $300, wrote in a note to clients on Monday.

That may prove good advice, since the stream of bullish news may continue to flow for a while.

“Tesla has demonstrated one very powerful differentiating quality versus many of its auto peers: demand is holding up better," Jonas wrote, noting that quarterly volume fell only 5% versus a year ago. By comparison, General Motors Co., Fiat Chrysler Automobiles NV, Toyota Motor Corp. and Nissan Motor Co. saw U.S. sales decline 34% or more in the quarter.

Those strong deliveries also mean Tesla might report a profit for the quarter, a milestone that can qualify it for an inclusion in the S&P 500 Index, Barclays analyst Johnson said.