Tesla is on thin ice with Chinese regulators 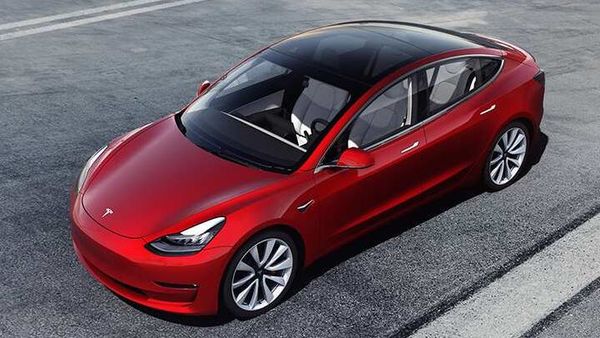 China is counting on Tesla to rid the Made-in-China label of any lingering concerns about quality.

Elon Musk has done a better job at selling and making cars in China in just two years than he has in the US over the past decade. As a foreign business, he’s also had a smooth ride with the authorities — until recently.

Last month, a Tesla Inc. owner at the Shanghai Auto Show protested the company by jumping onto the roof of a Model 3 and alleging faulty brakes had landed her father in the hospital. Footage of the incident pitched the company into the center of a Chinese social media storm. That came just as the company announced blowout earnings in the country, with China contributing around 30% of revenues in the March quarter. It’s become an ongoing saga, and regulators have now stepped in.

That’s a big deal for Tesla. A company that often treats the state with insolence is getting some of it own medicine. How Musk handles the issue will determine his success, not just in China but around the world.

Tesla has long followed a strategy of keeping its head down in China, shying away from making big proclamations about its operations and regulators. On a first-quarter earnings call last week, executives barely mentioned the country and its Shanghai factory.

That strategy hasn't worked this time. After an initially dismissive response to the woman’s complaint and rebuke from state media, Tesla’s local unit went into overdrive — apologizing, handing over driving data from the incident to regulators, and trying to win public support.

“When the pressure was greatest, we felt the care and support of our drivers," the company said in a statement quoted by local media outlet Caixin last week. Symbols of support sent into dealerships — including bubble tea, desserts, and heartwarming words from fans — made their troubles “disappear," Caixin paraphrased the statement as saying.

This emollient approach is in stark contrast to Tesla’s stance in the US. A Wall Street Journal article last week recorded a litany of high-handed and dismissive behavior in dealing with US regulators. When one called Musk over a 2018 crash investigation, the billionaire hung up on him and said the company had withdrawn from the inquiry, the paper reported.

Tesla has prevented health and safety officials from carrying out a full inspection of its Nevada battery plant for more than two years, according to the article. When the paper asked Musk to comment on its report, he replied with a “poop" emoji and declined to elaborate further. That wouldn't fly in China. But then again, Tesla’s born-again softer approach isn’t going down too well either.

State media has actively waded in over the past week. One article noted the company “faced a reputational challenge." Another editorial said that foreign-funded businesses in China “must treat Chinese consumers with sincerity if they are to win their hearts." A third added that Tesla “has learned a harsh lesson on what it takes to be successful in the Chinese market."

For Tesla, a setback in China wouldn’t just put nearly a third of its revenues in jeopardy. It could also risk Musk’s bigger ambitions to bring down the price of electric cars. Production in China is key for export sales into Europe, fast becoming one of the largest green car markets.

Beijing is not shy about showing its disciplinarian side, especially when it comes to the private sector — as demonstrated by the way it’s brought Alibaba Group Holding Ltd.’s founder Jack Ma to heel in recent months, along with the rising pressure on other large tech companies in the country.

At the same time, there’s no doubt the relationship between Tesla and Beijing is mutually beneficial. China is counting on Tesla to rid the Made-in-China label of any lingering concerns about quality. Around 90% of the parts in the company’s vehicles produced in Shanghai are sourced domestically. Tesla should have known better than to behave as insouciantly in China as it does in its home market. Even the best-behaved companies in China have to watch their step. If Musk doesn’t learn from this episode, the repercussions could go well beyond Shanghai.