Five jobs listed by Tesla for Singapore on networking website LinkedIn are mainly in servicing and repair, such as a service technician and parts adviser.
By : Reuters
| Updated on: 22 Jul 2020, 10:38 AM 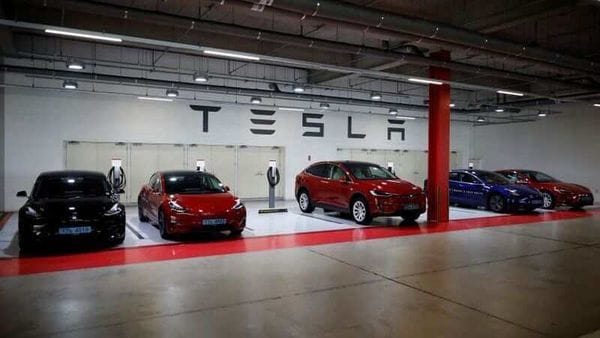 File photo: It was not clear where in Singapore the new hires would be based,

Tesla Inc has advertised for servicing staff in Singapore, a country previously criticised by Chief Executive Elon Musk as unsupportive of electric vehicles.

Listings for five jobs in Singapore on networking website LinkedIn are mainly in servicing and repair, such as a service technician and parts adviser.

It was not clear where in Singapore the new hires would be based, or whether the US automaker currently has any employees in the country.

Tesla did not respond to a request for comment on its Singapore plans.

Singapore is one of the world's most expensive places to buy a car and has few electric vehicles. It aims to phase out petrol and diesel vehicles by 2040, and make a bigger bet on electrification to cut greenhouse gases and slow climate change.

Two years ago, Musk responded to a Tesla admirer in Singapore who asked the executive to make the automaker's vehicles available in the city-state. "We tried, but Singapore govt is not supportive of electric vehicles," Musk tweeted.

Unlike traditional automakers, Tesla prefers to sell its cars directly through its own showrooms.

Local dealership Hong Seh Motors on its website said it is Singapore's only retailer of Tesla cars. It did not respond to an emailed request for comment.