Tesla CEO Elon Musk seems to be on the edge as environmental groups raise objection to the electric carmaker's plan.
By :
| Updated on: 28 Apr 2021, 01:00 PM 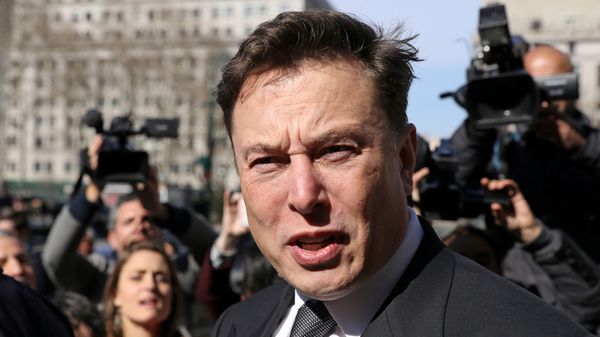 Tesla Inc. is making changes to an application that must be approved before it can start production at its German car plant, a move that opens the company up to risk of more delay.

The company aims to incorporate improvements to the plant and also add a facility to make battery cells, Brandenburg’s state environment ministry said on Tuesday, adding that it expects the changes to necessitate another round of public consultation. The ministry said the scope of Tesla’s adjustments are unclear and it’s unable to say how long the approval process could take.

Public opposition already was testing the patience of Chief Executive Officer Elon Musk, who has questioned for months why environmental groups have raised objections to Tesla’s plans. On Monday, the carmaker said vehicle production at the site near Berlin is on track for late 2021, contrasting with a July timetable communicated just a few weeks ago.

Tesla recently asked for permission to have crews work 24 hours a day during the week to install ventilation stacks at the facility, in addition to carrying out interior construction work on Sundays, according to Brandenburg’s environment ministry. The plant in the small town of Gruenheide is supposed to eventually produce 500,000 vehicles and underpin Musk’s efforts to better compete with Volkswagen AG, Daimler AG and BMW AG in Europe.

Local authorities had hoped to green-light the factory as early as last summer, but lawsuits from environmental groups concerned about water use and threats to local wildlife delayed the project. The pandemic also pushed back the process by several months.

Earlier this month, Tesla criticized the lengthy process of securing final approval for the plant.

German authorities also temporarily suspended work at the site recently after Tesla was found to have laid waste-water pipes without a permit, Brandenburg’s environment ministry said earlier Tuesday. The ministry imposed a more than two-week work freeze and is now considering fining Tesla, it said by email, confirming an earlier report from broadcaster ZDF and Business Insider.