Elon Musk, one of bitcoin's most ardent backers, tweeted a graph of bitcoin's power consumption.Tesla has decided to not accept Bitcoin as a form of payment.
By :
| Updated on: 14 May 2021, 08:42 AM 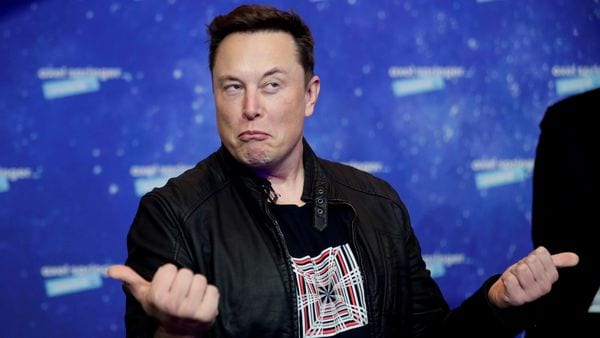 Tesla Inc boss Elon Musk on Thursday denounced the "insane" amount of energy used to produce bitcoin, doubling down on his sudden rejection of the cryptocurrency as a means of payment over environmental concerns.

Musk, one of bitcoin's most ardent backers, tweeted a graph of bitcoin's power consumption and said: "Energy usage trend over past few months is insane."

That followed his tweet from Wednesday saying Tesla would no longer accept the cryptocurrency as payment for its electric cars because it came at a great cost to the environment, an about-face from his stance in March.

Bitcoin, which sank 17% to its lowest since March 1 on Wednesday after Musk's comments, climbed back to $50,360 on Thursday. Other cryptocurrencies including ether also fell before regaining some ground. Coinbase, the biggest U.S. cryptocurrency exchange, was down 2%.

"We think TSLA's foray into cryptocurrency has both weighed on the stock's valuation and muddled the story, raising a plethora of questions regarding its capital allocation strategy."

Tesla revealed in February it had bought $1.5 billion of bitcoin, turbo-charging the crypto market. In April, the firm said it trimmed its position by 10% in the first quarter, booking a net profit of about $100 million.

Musk said on Wednesday that Tesla would retain its bitcoin holdings with the plan to use the cryptocurrency as soon as mining transitions to more sustainable energy sources.

"He's a master of marketing ... Everyone in the world is talking about Elon Musk and bitcoin right now. Is that good for selling cars? Damn right, it is."

Musk announced on Sunday that his commercial rocket company SpaceX would accept dogecoin as payment to launch a lunar mission next year - just hours after he sent the cryptocurrency spiraling downward when he called it "a hustle" during a guest-host spot on the "Saturday Night Live" TV show.

Musk said on Thursday he was involved in work to improve dogecoin's transaction efficiency, sending the price of the cryptocurrency jumping as much as 20%. 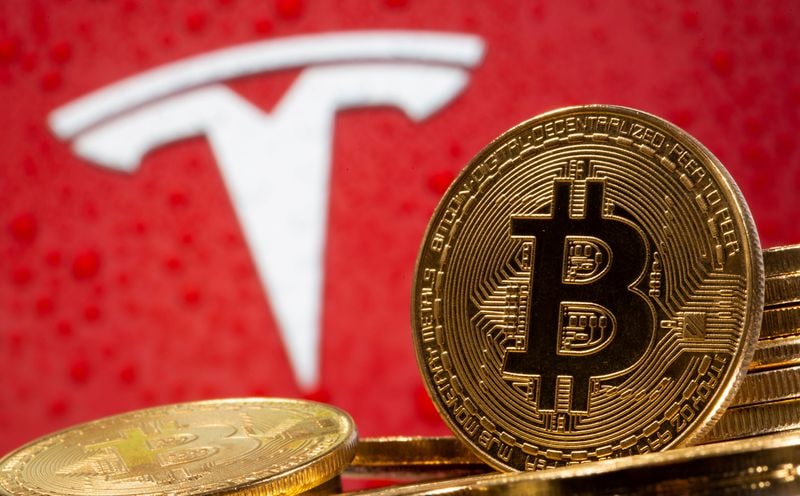 Representations of virtual currency Bitcoin are seen in front of Tesla logo in this illustration. (REUTERS)

Some Tesla investors and environmental campaigners have been increasingly critical about the way bitcoin is created or "mined" - high-powered computers compete to solve complex mathematical puzzles in an energy-intensive process that often relies on fossil fuels, particularly coal.

"Tesla and Bitcoin were always odd bedfellows, given the environmental credentials of the electric car maker, and the colossal amount of energy consumed by the cryptocurrency," said Laith Khalaf, financial analyst at fund platform AJ Bell.

Musk, who has championed bitcoin, said he backed that concern, especially the use of "coal, which has the worst emissions of any fuel."

If bitcoin were a country, it would use about the same amount of electricity a year as Switzerland does, Deutsche Bank analysts said.

Musk’s abrupt reversal on Bitcoin is a return to the volatile decision-making that has caused trouble for Tesla and Musk in the past.

In the case of bitcoin and cryptocurrency, his musings have had a significant impact on prices of digital currencies and those who have invested in them.

Musk did not say in his Twitter comments whether any vehicles had been purchased with bitcoin and Tesla did not immediately respond to a request for comment.

"We were surprised it took Musk so long to recognize the detrimental impact of Bitcoin on the environment but are happy to see the reversal of Tesla's position," said Ben Dear, CEO of Osmosis Investment Management, which holds Tesla stock.

He said the reversal will "pressure companies moving forward to think twice about the consequences before accepting it as a form of payment," adding the volatility of bitcoin makes it commercially nonviable for large-scale corporate adoption.